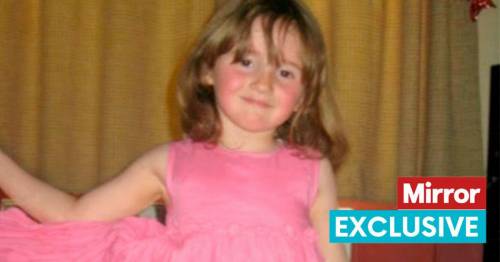 Murder victims’ families are demanding new laws to punish killers who desecrate the bodies of those whose lives they take.

They want two new criminal offences of “desecration of a corpse” and “concealing a body” to acknowledge the additional agony caused to loved ones.

The new offences would apply in cases such as that of Sarah Everard, 33, whose body was burned by killer policeman Wayne Couzens.

The calls are led by Marie McCourt, whose successful Helen’s Law campaign has denied parole to killers who do not disclose where their victims’ bodies are.

Existing common law offences such as “preventing a lawful burial” are rarely applied by prosecutors.

Marie, 78, said: “As forensic detective methods become more sophisticated, killers are resorting to ever more desperate measures to hide evidence of their crimes. There has been a significant rise in cases of homicide victims being dismembered and burned.

“The distress that this causes to the victim’s family is untold.

“Yet all too often the killer receives no further punishment for these acts which are committed after the initial homicide.

“Other countries such as the USA, Australia, Germany and France all have crimes in place to address these appalling offences. The UK doesn’t. Without a change in the law cases will continue to rise.”

The Stop the Desecration campaign, backed by the families of murder victims including April Jones, Michael O’Leary and Lorraine Cox, is due to be discussed in the House of Lords today.

The proposed amendment to the Police, Crime, Sentencing and Courts Bill has been tabled by Liberal Democrat Peer Baroness Sal Brinton.

She said: “There can be few things worse for a family than hearing that a loved one has been murdered.

“To then learn that their remains have been further abused, or for their body to never be recovered, brings unimaginable emotional distress.

“Sadly the current laws are inadequate, with courts and prosecutors rarely looking to resolve the anguish caused by these unspeakable acts.

“These new offences will ensure murderers are properly punished for all the horrific acts they commit, bringing closure to grieving families.”

Ms Waxman said: “This amendment would bring into legislation new offences which reflect the true horror of these acts, and recognises that such acts prevent these families from getting closure and healing.”

Marie’s daughter Helen from Billinge, Merseyside, was killed aged 22 in 1988 by pub landlord Ian Simms, who was paroled last year despite refusing to say where her remains were.

April is believed to have been dismembered, burned and then dumped in a river by killer Mark Bridger.

Her mum Coral said: “My little girl is ‘still missing’ in the eyes of the law.

“We were able to have a funeral but the coffin was empty apart from a few little bits of bones and personal items.

“The offences Bridger was convicted of don’t reflect the true horror of what he did. The law needs to be changed.”

Lorraine’s dad Tony and brother Mark said: “He admitted preventing a lawful burial but what he did was far worse. There is no law or charge that can reflect the true horror of his actions.

“Only by dealing with these awful offences can we put a stop to them.”

Dad Michael was murdered and burned by his lover’s husband after being lured to a remote farm.

Police only managed to recover a tiny piece of his intestine following the killing in January last year.

His sister, Lesley Rees, said: “It’s a pain that will never leave us. It’s not just the murder that hurts, but the treatment the person is subjected to afterwards.”