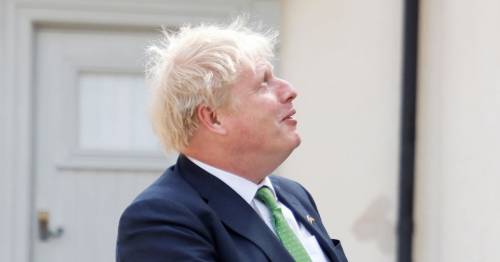 Failing firms could be barred from taxpayer-funded contracts more easily in the biggest shake-up of outsourcing rules for a generation.

Ministers plan to make it simpler to block companies from seeking public sector work after a string of scandals.

The Procurement Bill – one of 38 in the Queen’s Speech – could lower the bar to exclude suppliers from contracts, to take more account of their performance.

It will also create a central ‘debarment register’ of banned firms that councils, hospitals and schools can check.

And the Cabinet Office’s new ‘procurement review unit’ will be given stronger powers to investigate concerns.

Security firm G4S was barred from public contracts after overcharging for prisoner tagging, but allowed to resume a few months later in 2014 after it made improvements.

There is no suggestion the firm would be barred under the new rules, and details of the Bill – introduced today to Parliament – are still very thin.

However, it’s understood ministers plan to change the threshold to take more account of firms’ performance.

Currently firms can be excluded from bidding for work if they commit offences like bribery, corruption or fraud; modern slavery, grave misconduct, or ‘significant or persistent deficiencies’ in a key clause in a previous contract.

The move could spark a flurry of legal challenges as there will be an appeal system for firms that are barred.

The new system will apply to all public bodies including councils, schools and NHS hospital contracts like MRI scanners.

Only NHS clinical commissioning groups – which are covered by the controversial new Health and Care Bill – will be excluded.

The new system could launch in 2023, but existing contracts will continue for years while it is introduced.

Boris Johnson ’s Queen’s Speech boasted the Bill will “take advantage of the benefits of Brexit ” and “cut red tape”.

It was included in the Queen's Speech unveiled by Prince Charles
(

It also pledges new rules to “buy at pace when needed to protect life”.

That could spark alarm after firms won millions in Covid contracts through a “VIP lane”.

In January, the High Court ruled the Department for Health and Social care had acted unlawfully in handing £595m of contracts to two firms using the VIP lane.

Officials insisted there will be checks and balances in place to avoid cronyism.

But Shadow Cabinet Office minister Rachel Hopkins said: “The Conservative Government has shown it can’t be trusted on public procurement after wasting billions of taxpayers’ money on dodgy PPE and crony contracts through its VIP lane.

“A personal relationship with a Tory minister should have no bearing on whether a company gets a contract.

“We need to see a genuine commitment to reshape procurement, from the integrity of the process to the delivery of real social and economic value.”

Officials say the Bill will make it easier for small UK firms to apply for contracts with one simple online database.

But public bodies can only pledge to ‘buy British’ for the smallest contracts – worth under about £140,000 for government or £190,000 for the wider public sector.

For more valuable contracts, firms around the world will still be able to apply alongside UK ones.