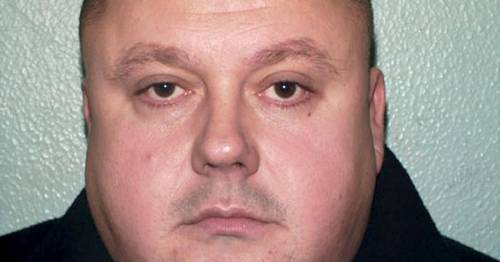 Serial killer Levi Bellfield has sparked outrage by applying to wed behind bars, but his unnamed girlfriend is not the first person to fall for a dangerous prisoner.

A French woman had a baby with murderer Alan Wade, 33, despite conjugal visits not being allowed at his Florida jail. They wed in 2016.

So why do women fall for violent prisoners? Here, we ask Relationships Expert Dr Pam Spurr…

Levi Bellfield's girlfriend said he is 'not a monster'
(

News that the grotesque murderer, Levi Bellfield, is engaged to a besotted female prison visitor has raised eyebrows across the country.

Most women would reel with revulsion at the thought of even speaking to such a vile criminal, so what is it about the women who fall for such men?

It is actually fairly common for women to write to prisoners out of a sense of compassion.

But engaging with them further is quite a different story.

Bronson has been dubbed Britain's most violent inmate

Research suggests there are some common elements in the lives and psyches of the women who do that.

Firstly, many find they come to like the thrill of being in touch with a dangerous character. The sense of thrill grows into an intoxicating attraction.

They romanticise what they share with the prisoner – that the two of them stand together against the world.

Often these women feel quite isolated from their families. When their families get up in arms about them being in touch with the prisoner, it can drive them further into their isolation.

The prisoner then becomes their sole relationship.

Some women who have been in these relationships speak of the loneliness that had clouded their lives.

As the prisoner has all the time in the world to communicate with them, suddenly they feel their life has meaning. They feel far less lonely.

Another aspect to their personalities can include a “campaigning nature”. They grab hold of the prisoner’s self-proclaimed innocence and run with it, deciding they need to fight this battle for the prisoner. This can become quite obsessional, leaving families flummoxed about this campaigning behaviour.

Many have had difficult, abusive and/or unsatisfying relationships, which have left them with low self-esteem. When a prisoner turns all their focus on them, it feels like they are finally truly loved and in love.

Sometimes inexperienced, they can also have quite an infantile view of the world and relationships. When family or friends object, like a young child who wants to hang on to a toy, they dig in and will not listen to reason.

Other women keep it as a dark and “exciting” secret that they are in a relationship with a prisoner. They feel they have something the rest of the world hasn’t. When the relationship comes to light, they are often so deep down the rabbit hole nothing will talk them out of it.

Finally, there are those women who have kept under wraps their own disturbing sociopathic personality. They get a vicarious thrill from the crimes the prisoner has committed. These women are potentially dangerous themselves. If the criminal gets out, there is a possibility they will commit crimes together.

Previous : ‘Doorway’ spotted on Mars after NASA releases startling new images of red planet – World News
Next : How I Started to See Trees as Smart