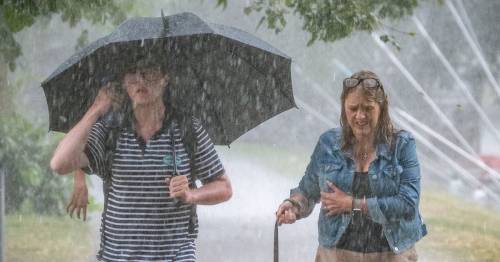 The UK's scorching summer heatwave will be broken by thunderstorms in England and Wales this weekend, before the rain spreads to the rest of the UK.

The Met Office has issued a yellow rain warning for parts of southern and central England and for Wales from midnight on Saturday to midnight on Sunday.

The up to 100mm of rain could lead to floods, lightning and poor travel conditions on wet roads.

However, an amber heatwave alert is still in place in Northern Ireland, Wales, and southwest England today, as the high temperatures of over 20C will continue despite the rain.

A Met Office spokesperson told the Mirror the rain will then spread across the UK from the middle of next week. 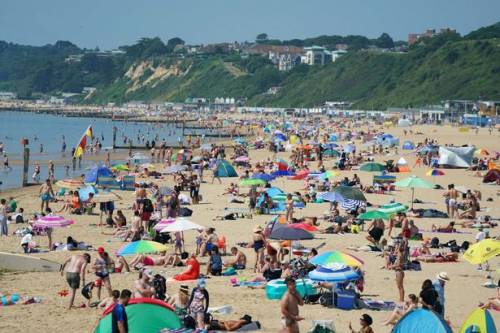 The "unsettled" weather from Monday will be especially strong in the east with heavy showers and thunder.

By midweek the whole of the UK will have unsettled weather with rain and showers "likely" and "persistent" showers through the week.

However, there will still be patches of sunshine.

David Oliver, Met Office Deputy Chief Operational Meteorologist, said: “This yellow rain warning comes as temperatures are set to dip for many areas over the weekend.

"A spell of rain, heavy in places perhaps with some thunder, moves in from the southwest late on Friday and into Saturday.

“This is followed up by an unsettled weekend for much of England and Wales with showers breaking out widely.

"Some very heavy showers or thunderstorms are on the cards, especially during Sunday.

"However, farther north it is set to stay mainly dry with some fine weather, although it will not be as hot as has been seen recently.”

The weather warning was issued the day after England reached its hottest temperature of the year on Tuesday – 32.2C recorded at Heathrow Airport in west London.

The mercury rose to 31.1C in North Wyke, Devon, on Wednesday, while a provisional all-time record for Northern Ireland was set when 31.3C was logged at Castlederg, Co Tyrone, the Met Office said. 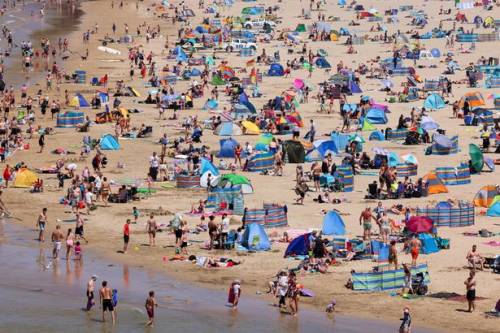 It comes only a few days after the previous record of 31.2C was set at Ballywatticock, Co Down, on Saturday.

Scotland saw a top temperature of 28C in Eskdalemuir on Wednesday while 30.8C was recorded in Usk in Wales.

Heatwaves are becoming more frequent and extreme because of climate change driven by human activity.

Scientific analysis has found that events such as 2019's record heat in the UK and Europe and the devastating heatwave in Canada and the US in recent weeks were made much more likely and more severe by global warming.

The world has already warmed by about 1.2C since pre-industrial times and temperatures will continue to rise, causing greater climate impact, without urgent and significant global action to cut greenhouse gas emissions.