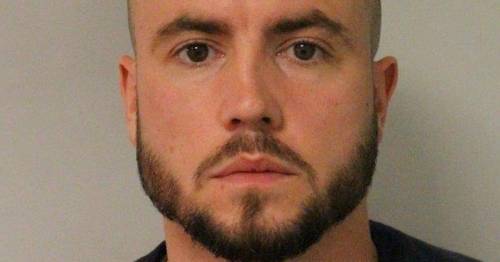 A pair of ex coppers jailed for taking pictures of two murdered sisters and sharing them on WhatsApp have been attacked in prison, judges were told.

Deniz Jaffer, 48, and Jamie Lewis, 33, had been entrusted with protecting the crime scene where Bibaa Henry, 46, and Nicole Smallman, 27, were found dead in Wembley, north west London.

Instead, they took "non official and inappropriate photographs" of the sisters who they referred to as "dead birds", an earlier misconduct hearing was told.

The former officers, from Met Police, pleaded guilty to misconduct in a public office and were jailed for two years and nine months at a hearing at the Old Bailey in December.

Now news has emerged that they were attacked in prison after they lost appeals against their sentences on Wednesday.

The women's mother Mina Smallman, and her husband Chris, were at the appeal hearing.

They said they will give their reasons at a later date.

Lewis, from Colchester in Essex, has been sacked from the Metropolitan Police, while Jaffer, of Hornchurch, east London, resigned.

Ms Henry and Ms Smallman had been enjoying a birthday picnic at Fryent Country Park when they were stabbed to death by by Danyal Hussein, 19.

A court sketch of PC Jamie Lewis (L) and PC Deniz Jaffer (R), at the Old Bailey in November
(

Hussein was found guilty of the sisters' murders and handed a life sentence in October, with a minimum term of 35 years.

Judge Mark Lucraft, who jailed former coppers Lewis and Jaffer, was told the officers moved from their posts to photograph the women's bodies.

The images were also shared with colleagues and friends on WhatsApp, it was said.

Barristers representing the men argued that the sentences imposed by Judge Lucraft were excessive.

Mina Smallman, the mother of Nicole Smallman and Bibaa Henry
(

Barrister Joel Smith, for the Crown, said the men's appeals should be dismissed.

He said their actions exacerbated the "unimaginable" bereavement the women's family suffered.

Mr Smith said the killing of the sisters was a "shocking" and "ferocious" crime.

In a separate case, the three judges also dismissed an appeal by a former police IT worker jailed for unlawfully accessing and storing images of dead people on a personal computer.

Darren Collins, who worked for Staffordshire Police, was given a three-year term by a judge at Birmingham Crown Court in January.

Lawyers representing Collins, who pleaded guilty, argued that the sentence was too long.

Appeal judges ruled against him and said they will give their reasons at a later date.