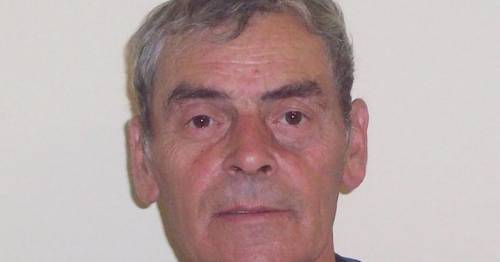 Evil serial killer Peter Tobin has been taken to hospital from the prison where he is serving three life sentences.

The triple murderer was rushed to the Royal Infirmary of Edinburgh from HMP Edinburgh on Thursday after becoming unwell.

Tobin, who is aged in his mid-70s, is serving a life sentence for raping and murdering Polish student Angelika Kluk, 23, and hiding her body under the floor of a Glasgow church in 2006.

He is also serving life terms for the murders of 15-year-old schoolgirl Vicky Hamilton, of Redding, near Falkirk, in 1991, and 18-year-old Dinah McNicol the same year.

Dinah accepted a lift from Tobin after leaving a music festival in Liphook, Hamsphire, and was never seen again.

Her body was found 17 years later, buried in the garden of his former home in Margate, Kent.

A spokesman for the Scottish Prison Service said: "We cannot comment on individual prisoners."

It is not the first time Tobin has been taken to hospital from prison in recent years.

In February 2016 he was taken to the Royal Infirmary by ambulance after he reportedly collapsed in his cell.

In 2015 he was slashed in the face by child rapist Sean Moynihan and left with an eight-inch scar.

Two years later it was reported he was too scared to leave his cell because he feared further attacks.

Police have long suspected Tobin killed many more young women but he won’t admit his guilt.

He has told ­detectives he “couldn’t give a f***” about his victims’ families.

Vicky Hamilton was 15 when she died
(

Tobin, who has a history of faking illness, learned in 2018 that he has cancer.

In 1993, the depraved killer was jailed for 14 years for raping two 14-year-old girls at his flat in Havant, Hampshire.

He stabbed one of them while his younger son was present, then turned on the gas taps in an attempt to kill them both.

Previous : Kazakhstan’s bitcoin ‘paradise’ may be losing its lustre
Next : ‘I was robbed of proper goodbye for mum on day Boris Johnson partied at No10’