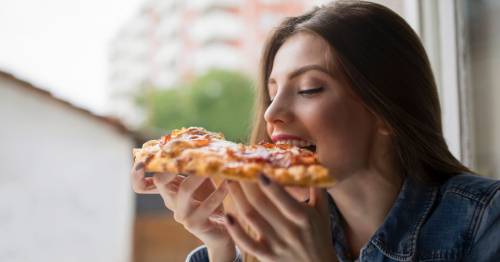 Glum Brits are struggling as the cost of goods like petrol rises by up to 85 percent, but many prices are actually falling – and it's particularly good news for pizza fans.

Costs of many household essentials are rising, in a 'big squeeze' for consumers. The average energy bill could go up by a staggering £600 a year in April – hot on the heels of a £139-per-year price cap rise in October.

Rail fares will rise by 3.8% in March this year , council tax is likely to go up in April and drivers are paying £16 more for a tank of fuel than they did 12 months ago.

Inflation is currently 5.1 percent, the highest rate for a decade .

All of this hits household finances hard, and it's easy to think everything is getting more expensive.

But The Mirror has dug into the numbers and found that many costs are actually going down.

While the overall picture for UK consumers is still one of price rises, there is some great news for fans of cereal, Italian food – and pets.

Prices of pizzas and quiches fell by 7.6 percent over the past year, according to the latest figures from the Office for National Statistics.

Have you noticed any products falling in price? Message mirror.money.saving@mirror.co.uk

That is because of falling prices of a key ingredient – flour, which cost 10.3 percent less by the end of 2021. Cereal prices fell by the same amount.

Pasta and couscous prices dropped by 5.2 percent in the period, as well.

But oddly the price of bread and bakery goods, which also rely on flour, rose 1.5 percent.

Overall, food and non-alcoholic drink prices rose 2.5 percent, so the savings on some items are doubly curious.

There were some other odd falls in food and drink prices as well.

For example, dried, salted and smoked meats fell in cost by almost 1 percent, as did fresh fish.

Chilled fish dropped in price by 1.8 percent. Processed fish and seafood fell by 1 percent, but dropped by almost 5.2 percent at points in 2021.

Fruit wine costs dropped by 1.3 percent, and there was a tiny drop in cheese prices, by just 0.2 percent – but these prices fell by as much as 5 percent earlier in the year.

Animal lovers should also rejoice, because the price of new pets fell in value by 3 percent – though pet accessories went up by 4 percent and vet's bills by 4.5 percent.

It is also a great time to buy insurance.

Contents insurance fell in value by 6.7 percent and motor cover by 4.4 percent during the period.

However, car insurance costs are now being dragged upwards by new rules banning insurers from charging new customers less than renewing ones.

And health insurance premiums, unsurprisingly during a pandemic, rose by 6.2 percent.

The price of shoes for babies and children fell by 1 percent – bucking the price hikes of 2.1 percent for women's footwear and 2.3 percent for men.

Gardeners and DIYers also saw big savings, as house and garden tool costs dropped in value by 1.5 percent – but started off 2021 with drops of 7.8 percent.

Pregnancy tests and contraceptive coils also saw huge drops in price during 2021 of up to 10.7 percent, though they ended the year just 0.1% down.

There were also huge drops in the cost of software (6.8 percent) and recording media (5.1 percent).

How does inflation work?

Inflation tracks the changing monthly cost of a ‘basket’ of goods and services, such as food, clothing and fuel.

To make the sums easy, this basket is limited and tweaked according to consumer trends.

It is a broad, useful way to monitor how much it costs to buy things.