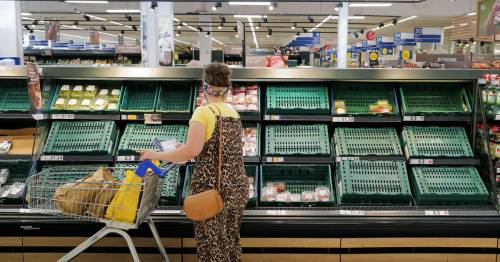 Everything closed in UK ‘pingdemic’ – including Iceland, Pret and BP garages

As a record number of people have been "pinged" by the NHS test and trace app with an ever-increasing number of supermarkets, pubs, restaurants are being forced to close due to lack of staff.

More than one million Brits are currently isolating after over 618,903 people were contacted by the NHS Test and Trace app in the week to July 14 telling them they had come into contact with a positive person.

With pictures already emerging of supermarket shelves being empty, there are widespread concerns the country is in the grips of a full-blown "pingdemic" that is putting the economy at risk as business can't carry on without their staff.

Here is a full list of business which have so far announced they would be shutting due to shortages.

Iceland said on Sunday that after keeping all of its stores open during lockdown, it has now had to shut some because 1,000 staff have been pinged.

What do you think of this ? Let us know in the comments below 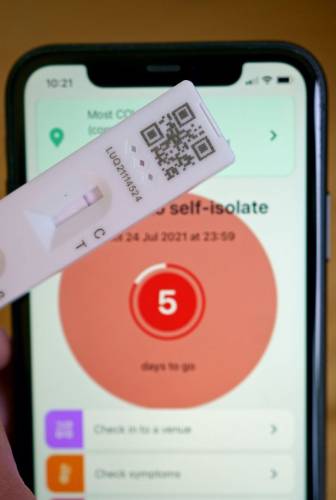 More than a million people are currently self-isolating as 600,000 were 'pinged' in the week to July 14
(Image: PA)

Its managing director Richard Walker said around 4 per cent of its workforce were currently absent because of Covid.

He said on Thursday that the supermarket chain was having to hire 2,000 temporary workers to prepare for "the exponential rise in pinging.

"The dramatic pictures that you might have seen in the media are isolated incidents and not widespread," he told BBC Radio 4's Today programme.

"But the people who should be panicking are the Government, and I believe that, you know, the sooner they clear up this mess, and get retail workers and HGV drivers on to the key worker list, the better."

Pub chain Greene King also announced 33 pubs were shut in a week as so many of its staff have been told to self-isolate due to the Covid pandemic.

"I think this is a problem," he told the BBC. "It could get worse."

Mitchells & Butlers Plc, which runs around 1,700 pubs and restaurants in the UK, has seen dozens of its sites affected by the surge in self-isolation requests.

According to the Sun, 40 venues across all its brands, which include O'Neill's, Harvester and Toby Carvery, were either affected or forced to close due to the staff shortage caused by the app. 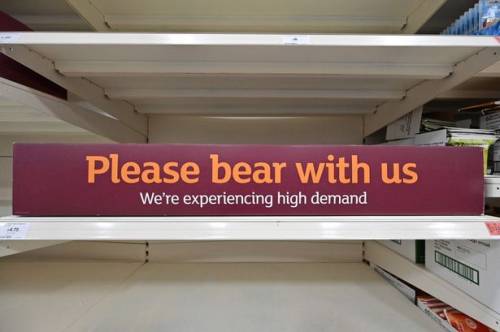 That will only get worse after the government ended the mandatory wearing of face masks in England, the chain warned.

“If you lose one member of staff, the whole establishment can become unmanageable,” a company spokesman said.

“We regularly have pubs that are having to close for two or three days and then reopen. If the chef gets pinged, we cannot run the kitchen.”

The Mirror understands Pret has also temporarily shut 17 of its branches, including Moorgate and CityPoint in London, due to staff having to stay at home. 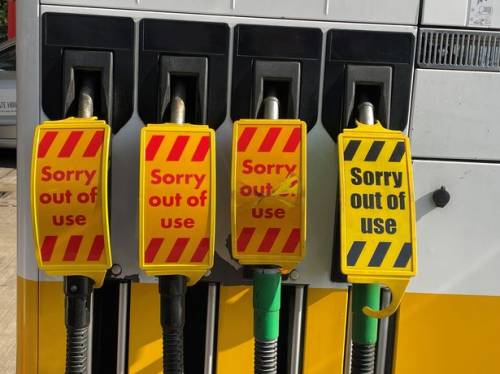 BP was among the businesses announcing it had to shut some branches
(Image: PA)

Petrol stations across Britain were experiencing major fuel shortages on Wednesday due to delivery delays – caused in part by workers getting pinged.

BP said a “handful” of sites were forced to close temporarily but the "vast majority" of shortages were being "resolved within a day”.

The oil firm put the issue down to industry-wide lorry driver shortages, but added it was “exacerbated” by the temporary closure of its Hemel Hempstead distribution terminal due to some staff isolating. 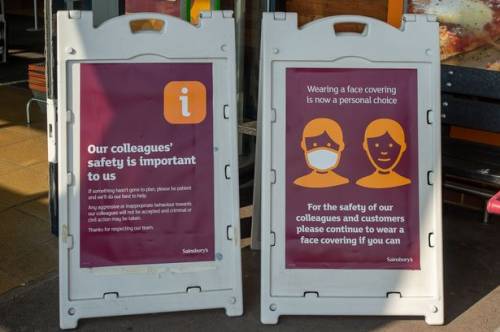 The government has been called on to exempt key workers from isolating if 'pinged'
(Image: Maureen McLean/REX/Shutterstock)

Business Secretary Kwasi Kwarteng spoke on Thursday to tell shoppers not to panic in the face of supermarket shortages and attempted to ease concerns over the "pingdemic" as Covid-19 cases soar.

He said a "very narrow" list of sectors whose workers will be exempt from isolation rules would be published later on Thursday..

But Downing Street later suggested it would instead be "examples of the sectors where exemptions could apply".

Meanwhile, former Health Secretary Jeremy Hunt warned the government risks "losing social consent" for isolation if it does not immediately bring forward the relaxation of quarantine rules for the fully vaccinated.

Mr Hunt, who chairs the Health and Social Care Committee, urged ministers to bring forward the scheduled end of isolation for all fully vaccinated contacts who test negative from August 16.

The Conservative MP warned in the Commons that without scrapping that requirement and replacing it with testing "we risk losing social consent for this very, very important weapon against the virus".

"The current approach to self-isolation is closing down the economy rather than opening it up," Mr Danker said.

"Businesses have exhausted their contingency plans and are at risk of grinding to a halt in the next few weeks."