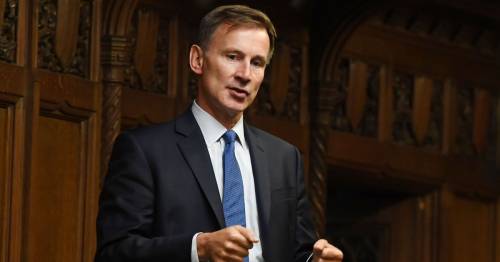 What if Jeremy Hunt had beaten Boris Johnson in the Conservative leadership contest of July 2019?

With top Cabinet positions as Culture Secretary, Health Secretary and Foreign Secretary under his belt, he was a serious candidate to succeed Theresa May.

He would, in my view, have easily beaten the other Jeremy – Corbyn – in a general ­election.

And the UK would be a different place to the one we now inhabit under a lying, incompetent, crony-hiring Prime Minister who won’t even comb his hair.

Tens of thousands of Covid-19 victims would be alive today, because I do not believe that Hunt would have dithered and delayed so pathetically over repeated lockdowns.

We wouldn’t be in such desperate confusion over social restrictions, because Hunt is more likely to stand up to hardline Tory “libertarians”.

He must privately despise the likes of Iain Duncan Smith and his bonehead Brexiteers.

And Hunt, one of the richest men in politics, would have paid for refurbishment of the Downing Street flat himself, instead of grubbing around wealthy Tories to foot the bill.

Many things can be said against Hunt. His treatment of NHS hospital doctors was brutal and counter-productive. His time at the Foreign Office was hardly a Bismarck moment.

But I doubt if he would have made the UK an international pariah, breaking our word on the Brexit deal and abandoning a target set in law for overseas aid.

We would be spared Johnson’s evasive PMQ performances, and his vain, witless hyperbole of “world beating, amazing, fantastic” policies that come to nothing.

It would be a duller premiership, but a better one. If the electorate wants a Conservative government, at least let’s have one that works.

Is it too late now? I’m not sure. As publicity-hungry chairman of the Commons Health Committee, he’s clearly on manoeuvres. What if the game isn’t over yet?

The vaccination programme has fallen off a cliff, with medics returning jabs for lack of customers.

A third of adults under thirty – three million people – have ignored the inoculation summons. Yet they are the most at risk from dreaded Delta.

Covid passports for nightclubs and similar mass gatherings might just persuade them to do their duty, by themselves and society.

Labour is too quick to jump on the anti-permit bandwagon with Tory headbangers. Let’s wait and see what scheme emerges, if it ever does. Johnson is having second thoughts.

Quite why anyone would want to enter one of these club hell-holes is beyond my comprehension. Generations were happy with the Mecca ballroom, local “hops” and the like. 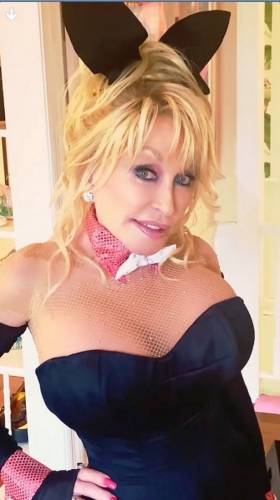 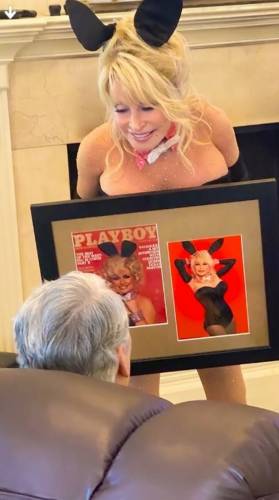 It was all for her husband's birthday
(Image: Dolly Parton/Instagram)

Bright-as-a-button Dolly Parton, 75, recreated her Playboy image for her husband’s birthday. The old eyes may deceive me, but there seems to be even more of the music legend now than her 1978 cover-girl appearance.

The Pandemic Games open in Tokyo today. Team Coronavirus is going for gold, especially in track and trace events.