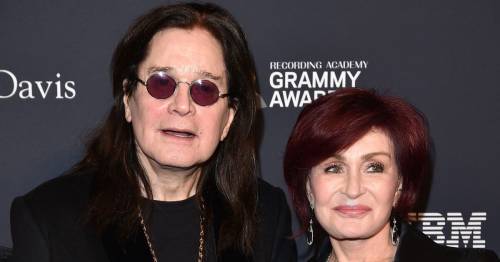 EuroMillions: Brit will be ‘richer than Ozzy Osbourne’ if they win scoop £184m jackpot

Buying a EuroMillions ticket for Tuesday's draw could make you richer than the Prince of… Darkness.

An anonymous winner currently holds the title after scooping a massive £170m in October 2019.

Andy Carter, senior winners’ advisor at The National Lottery, said: “This massive amount could not only change a winners’ life, but would make a huge difference to their friends, family and community.”

If no-one matches five numbers and two lucky stars tonight, the money will rollover to nearly £197m on Friday, after which it will be capped until someone wins.

The married couple are worth £150million
(

Mr Carter added: “My team and I have our fingers crossed for all UK players and are on standby.

“Make sure you grab your ticket early.”

Some UK winners have turned their plans into a reality after scooping the top prize in previous draws.

Previous : Man sets his home on fire after burning wood for heat due to energy costs
Next : MP accuses RCMP officials of delivering ‘dodgy’ testimony on facial recognition technology