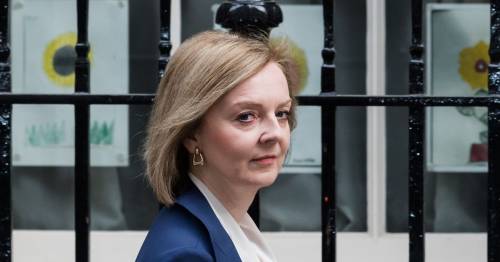 The EU has lashed out at the UK's "simply not acceptable" threat to rip up the Brexit trade pact for Northern Ireland.

In a statement, he said: “It continues to be of serious concern that the UK Government intends to embark on the path of unilateral action.

“This would undermine trust between the EU and UK as well as compromise our ultimate objective – to protect the Good Friday (Belfast) Agreement in all its dimensions, while ensuring legal certainty and predictability for the people and businesses in Northern Ireland.

“Such unilateral action will also undermine the conditions which are essential for Northern Ireland to continue to have access to the EU single market for goods.”

Ms Truss has warned the EU that if it does not show the “requisite flexibility” over trading rules the UK will have “no choice but to act” alone.

She told Mr Sefcovic the UK’s “overriding priority” is to protect peace and stability in Northern Ireland and that the protocol has become “the greatest obstacle” to forming a new Northern Ireland Executive.

Following last week’s elections to the Northern Ireland Assembly, the DUP is refusing to enter into a new powersharing administration with Sinn Fein unless there are significant changes to the protocol which governs post-Brexit trading arrangements.

However, according to the Foreign Office readout of the call, Mr Sefcovic again insisted that there is “no room to expand the EU negotiating mandate or introduce new proposals to reduce the overall level of trade friction”.

The spokesman said: “The Foreign Secretary noted this with regret and said the situation in Northern Ireland is a matter of internal peace and security for the United Kingdom, and if the EU would not show the requisite flexibility to help solve those issues, then, as a responsible Government, we would have no choice but to act.”

The latest row came as months of tensions over the working of the protocol – which forms part of the UK’s Withdrawal Agreement with the EU – appear to be coming to a head.

Under its terms, the UK is required to impose checks on some goods crossing from Great Britain to Northern Ireland in order to maintain an open border with the Republic while protecting the EU single market.

However the Government has complained that the way it is being implemented is imposing a huge burden on businesses in Northern Ireland while leading to a renewal of sectarian tensions.

Ministers have repeatedly warned that they could unilaterally suspend the arrangements unless the EU agrees to major changes to reduce the impact.

However that risks provoking an all-out trade war with Brussels at a time when the whole country is struggling with a cost-of-living crisis.

According to The Times, Attorney General Suella Braverman has issued legal advice that the UK could act because the EU’s implementation of the agreement was “disproportionate and unreasonable”.

Ministers have said they could trigger Article 16 of the protocol – which allows either side to suspend some of the arrangements – while it has also been reported that they could bring in emergency legislation.

But he warned: “Clearly, if the UK breaches international law, if it undermines a protocol that is about protecting the integrity of the EU single market, then the EU can’t ignore that.”

He told RTE radio that there is still a “landing zone” for an agreement between the two sides.

“We’re not going to do it under the threat of British Government’s language and briefing of the media which says if the EU doesn’t give us everything we want, well, then we’re going to legislate ourselves to override international law,” he said.

Unilateral action by the UK also risks provoking a row with the US where President Joe Biden has made clear his concern over any measure that could undermine the Good Friday peace agreement.

Previous : New cost of living help could take until AUGUST despite Boris Johnson’s claims
Next : Man who stabbed ex 31 times in front of son before she ESCAPED is jailed for 24 years