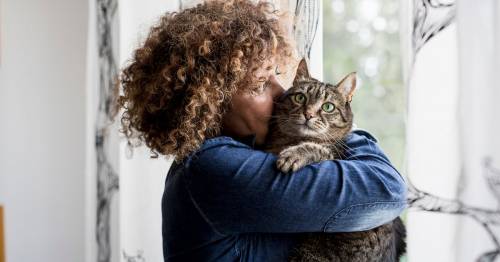 Energy company Ovo, which was forced to apologise after sending an email to customers telling them to "cuddle a pet to keep warm", is reportedly set to cut a quarter of its workforce.

The move from the UK's third-biggest gas and electricity supplier comes as part of a restructure to save costs amid crisis in the industry, it is understood.

Sky News said Ovo may announce the plans as soon as today.

Reports said about 1,700 out of 6,200 roles are expected to be cut as part of a voluntary redundancy programme.

A source said the announcement would be include a commitment to increase minimum pay across the company to £12 an hour.

It would also include plans to reshore all customer-facing jobs to the UK, with a new academy to open in Glasgow, reports said.

Plans reportedly involve closure of a number of sites as part of a consolidation to three locations in London, Bristol and Glasgow.

Ovo declined to comment when contacted by The Mirror.

This comes after the boss of Ovo Energy said his company made a "mistake" by telling customers they can keep warm by eating lentils as gas bills look set to soar.

Stephen Fitzpatrick said the advice from SSE Energy Services, which is owned by Ovo, was "unhelpful" and "upsetting".

Speaking on BBC Breakfast, he said: "I'm glad you brought that up because this is one of the reasons I wanted to come on the show and explain just what a big mistake that was, and how embarrassed I was to find out that this was something our company had sent out.

"About half an hour after we found out that it had been sent out, we retracted it, we made a big apology. And clearly for all the customers that we know are worried about paying, this kind of message is just deeply unhelpful and even upsetting and I apologise.

"It was a bad day, we made a mistake, and we've tried to put it right as soon as possible."

Other advice included wearing a fleece and thick socks, keeping active, and eating whole grains and ginger – but avoiding chilli, which makes you sweat.

Customers were also told they could open their oven doors after cooking to let the heat into the house, cuddle up to pets or loved ones, open curtains to let in sunlight, and patch up cracks and crevices where heat might be escaping.

The boss of the energy company later apologised for the advice

During the same interview, Mr Fitzpatrick also called for the Government to cut green levies and social costs on energy bills, and instead raise the money through normal taxes.

"It's important to note that consumers will need to pay the real price of energy," he said. "But what we have in our energy bills today (is) not only VAT, but also a whole bunch of environmental and social costs that the poorest in our society are paying the highest proportion towards.

"We think these should be paid through general taxation. There's a wide consensus across the industry that the energy charges that go on everybody's bills are really regressive. They lead to the poorest paying the most.

Advice in the email had included wearing a fleece and thick socks, keeping active, and eating whole grains and ginger (file photo)
(

"If we paid for them through general taxation, we could ensure the wealthiest in society shoulder the biggest burden. It's something that the Government could do today.

"We think there's an announcement coming, but so far – five months into this crisis – we haven't seen anything."

On the same show, Chris O'Shea, who leads British Gas's owner Centrica, warned that high gas prices could stick around for at least 18 months to two years."

Gas is a big transition fuel, so as you turn off coal-fired power stations in other countries, maybe there's more demand for gas," he said.

"Over the long run you do get more balance in the system, but there isn't an abundance of gas that you can just turn on quickly.

"So I can't say that this will be done in six months, in nine months, in a year. I can simply look at what the market says at the moment, and the market suggests that high gas prices will be here for the next 18 months to two years.