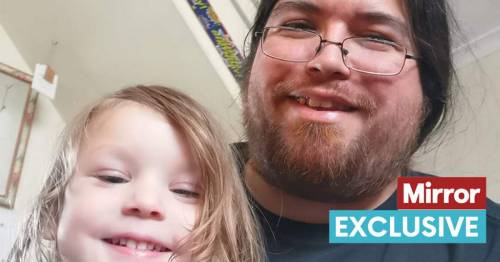 A man was left shocked after he asked his energy company for help topping up his meter only for them to send an offensive Dora the Explorer cartoon.

Jerardo Cazarez, 40, is a customer of Boost – part of Ovo Energy that handles customers on pre-payment energy meters.

Due to a fault with his Boost app, Jerardo was unable to top up his energy unless the firm sent him barcodes in an email.

On March 28 Jerardo contacted Boost asking to be sent more barcodes – but got a nasty surprise instead.

He was sent an email from hello@boostpower.co.uk saying: "Hello Jerardo, thank you for contacting us today. Please find attached a copy of your barcodes."

But the email had no barcodes, and the only attachment was a cartoon Jerardo describes as "somewhat offensive".

The rude cartoon was an edited image of popular children's TV character Dora the Explorer.

In the TV show, Dora Marquez, a seven-year-old Latina girl, goes on adventures to find new places or experiences.

The offensive cartoon sent by a member of Boost staff

But in the cartoon sent by Boost Dora is portrayed as heavily pregnant, with a speech bubble saying: "Can you help me find the father?"

Jerardo, who is American with Mexican grandparents and now lives in South Wales, said: "It may not have been racially motivated, but the main issue is it was totally unprofessional. I think there should be a formal apology.

"It is not about financial compensation as much as letting people know what has happened."

Jerardo, a father-of-five, complained to Boost on March 28, but received no response.

He then chased the complaint earlier this month, only to be told to wait to hear back.

Almost two months after making his complaint, Jerardo had still not heard back, or had his meter screen replaced as he had asked for, so contacted The Mirror.

After The Mirror intervened Boost staff contacted Jerardo to apologise and sent him two hampers to say sorry.

A Boost spokesperson said: “We’re very sorry to Mr Cazarez and have apologised for the image that was shared. The in-home display which Mr Cazarez requested has been sent and is due to arrive in the next few days.”