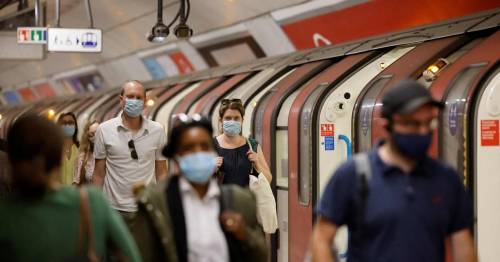 The end of lockdown could be delayed for a month to allow more time for people to get two jabs, it has been reported.

June 21 was originally touted as being the last stage in the relaxation of Covid lockdown restrictions as part of Boris Johnson's roadmap out of lockdown.

Amid a surge in new infections and concerns over the spread of virus variants there have been questions over whether or not the next stage of restriction easing can go ahead.

Now, reports claim that discussions in government are being had to decide if a two-week or a four-week delay to the final easing should be implemented.

What are your thoughts on this story? Let us know in the comments below 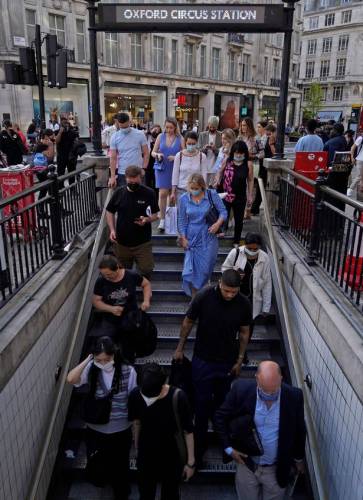 It comes amid concern over rising cases and virus variants
(Image: AFP via Getty Images)

According to The Times a delay of one fortnight would not give businesses 'certainty' as it might have to be extended again.

Ministers were reported to have said that a four-week delay would ensure that more people aged in their 40s had received two jabs and become fully vaccinated against the disease.

A source said: "This is about giving people certainty. The worst-case scenario is that we ease restrictions and then have to implement them again.

"This has to be a one-way ticket.”

Vaccines Minister Nadhim Zahawi today repeatedly insisted the nation will have to be "careful" when the decision on June 21 is announced on Monday evening.

He told the BBC England is "on track" to get second doses to eligible over-50s by June 21 – but that will mean it's then a few weeks before they're fully protected.

He said: "We have to be really careful so that those hard won wars against the virus are not squandered… we want it to be irreversible. These battles have been really hard won.”

Another cabinet source, meanwhile, was reported to have said they believed a two-week delay would be enough.

They said: “By June 21 everyone over 50 who wants a second jab should have had one. You just have to wait another couple of weeks so that they all have full antibody protection."

The source said there was a possibility that restrictions could still be lifted on June 21 but it is seen as 'increasingly unlikely.'

The publication also reports that the Prime Minister is expected to throw out the idea of a 'mix and match' approach to ending lockdown amid concern it would be confusing.

Earlier reports claimed that the cap on wedding guests would be lifted whatever the decision on step 4 might be.

The Prime Minister, who married Carrie Symonds last month, was reportedly 'understood to be determined to relax curbs on weddings and receptions this month' said The Times.

The Prime Minister is expected to announce on Monday if England's Step 4 of the easing of restrictions can go ahead or not.

Previous : Tory minister says England players taking the knee are being divisive
Next : Nasty condition left woman collapsing, in agony during sex and terrified of going out