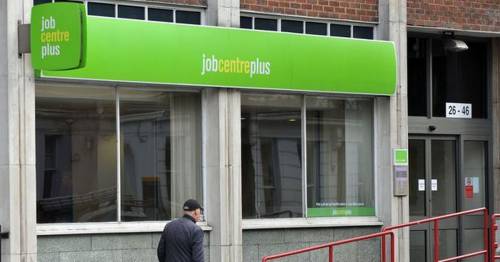 Universal Credit advisors who were hired to form 'the country’s biggest ever Jobs Army' face losing their jobs next summer.

The DWP's top civil servant today said some of the 13,500 work coaches hired over the pandemic could be let go when their fixed-term contracts end in June.

Permanent Secretary Peter Schofield indicated the total of 27,000 work coaches could fall by thousands, saying the final figure will be "I imagine well above 20,000".

Mr Schofield told MPs it was because the number of UC claimants needing "intensive work search" has dropped from 2.5million in March to less than 1.9million, and is falling by 1% week, as lockdowns recede.

He appeared to suggest some work coaches could be redeployed to other projects – helping the 7million people expected to be on UC in the coming years.

But he also indicated some will lose their jobs, by saying: "I want to keep as many of them as I can".

The 13,500 work coaches, spread through Jobcentres across Britain, are separate to 6,000 mostly call centre workers hired at the start of the pandemic.

Their fixed-term contracts end in March. Mr Schofield said he “imagines we will want to keep the vast majority of them where we can”.

The top civil servant told the Commons Work and Pensions Committee: "We were on around 13,500 [work coaches] before the pandemic and we doubled that through to 27,000 by the beginning of this financial year.

"Because we’re basically seeing the umber of people in the intensive work search group within Universal Credit coming down quite significantly.”

He said this will “free up resource” and other projects will need additional work coaches – including more people having to look for work as they move from legacy benefits.

But he did not guarantee their future, saying: "I think we will drop below 27,000 but we will keep our capacity well up, I imagine well above 20,000. But we need to work that through in detail.”

He went on: “As soon as I’ve got certainty I want to give it to them because we’ve recruited some wonderful, wonderful people into those roles, people with new types of skills, a different demographic which has been beneficial for our organisation.

Saying he hoped for news not long after Christmas, he added: "I want them to have clarity as soon as possible – that will enable me to persuade them to stay with DWP rather than look for other work.”

Mark Serwotka of the PCS union, which represents many DWP staff, said: "Since 2010 we have been arguing for extra resources in DWP so claimants can have longer, higher quality interviews, in order for our members to render the best possible service.

"We believe the 27,000 work coaches should be kept on and that they are an essential part of creating a humane and effective social security system."

Meanwhile a Universal Credit chief said a crackdown on 700,000 self-employed claimants will save the DWP up to £500m a year.

The DWP has reintroduced the 'Minimum Income Floor' and 'gainful self-employment test', which limit the amount of benefits paid to self-employed claimants.

It was suspended during the pandemic. UC director-general Neil Couling said it will be fully applied by summer 2022.

Mr Couling claimed some people "failed to disclose" they had returned to self-employed work after lockdown. Forensic spot checks found "what the claimant has told us is nearly always wrong", he claimed.

Previous : Australia introduces contentious religious anti-discrimination legislation
Next : 1 in 10 families set to ask for help this winter as cost of living crisis hits