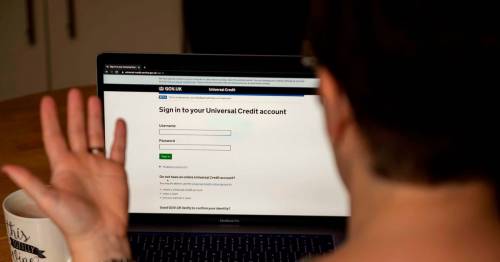 Changes to Universal Credit will kick in from tomorrow, helping around 2million working Brits just weeks after they suffered a £20-a-week cut.

The taper rate – the amount of benefits deducted for every pound someone earns from work – will be cut from 63p to 55p.

The work allowance – the amount some claimants can earn per month before the taper kicks in – will also rise from £293 to £335, or from £515 to £557 for those without housing support.

Both changes will affect “assessment periods” ending on or after tomorrow.

There is a week’s gap between an assessment period and payment. That means the first claimants to see the change will get higher payments in their bank accounts from December 1.

The Department for Work and Pensions (DWP) believes around 2million people will benefit from the change, announced in October’s Budget.

A further 500,000 low-waged families who currently earn too much for UC will also become eligible to claim a small benefit payment.

But it will take a month for the changes to affect everyone because of the way UC is calculated.

The timing suggests thousands of claimants with payments due in the last three days of the month will not see their change before Christmas.

And for the majority of claimants, the £2.2bn improvement will not make up for a £20-a-week across-the-board cut that saved £5bn.

Some 3.4million people on Universal Credit will not see an extra penny because they are not in work – many of them long-term sick.

The Institute for Fiscal Studies (IFS) said around 7million – a quarter of all working-age families – will be eligible when UC is fully rolled out.

IFS economist Tom Waters said: “It means that UC will now reach a long way up the earnings distribution.

“Some families would still be entitled even if they became higher rate taxpayers.

“Along with other recent reforms it means that 2.7 million working households on benefits will be better off than under the 2015 tax and benefit system.

“However, 2.1 million will still be worse off as will almost all 2million benefit dependent working age households with nobody in work.”