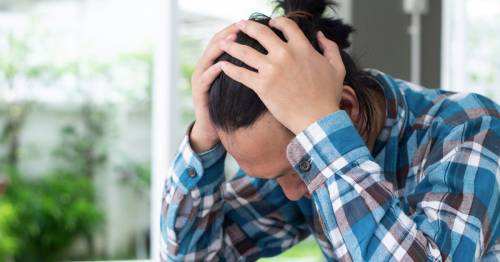 DWP denies compensation to 118,000 benefit claimants who lost out for years

DWP chiefs are blasted today for denying more than 100,000 sick or disabled people compensation after a blunder with their benefits.

The Parliamentary and Health Service Ombudsman (PHSO) demanded action to fix the “injustice” – which centres on a 62-year-old woman who had her payments slashed by £80 a week.

Ms U, who was recovering from heart surgery and has schizophrenia, arthritis, hypertension, and Graves' disease, suffered the cut for five years when she was transferred onto sickness payment ESA from Incapacity Benefit in 2012.

She only received payments based on her national insurance contributions when she should also have received them based on her income.

It also meant she was unable to access free prescriptions, money to buy a washing machine and £700 in Warm Home discounts.

Benefit claimants have shared more than £600m in back payments, but a watchdog said the DWP has stopped them applying for compensation on top
(

Ms U was at risk of hypothermia and her arthritis got worse as she could not afford to heat her home or buy food.

Her hair fell out, she lost weight and her mental health deteriorated, an investigation by the watchdog found.

The Department for Work and Pensions (DWP) awarded her £19,832.55 in back payments, and the Ombudsman ordered the DWP to apologise and pay £7,500 in compensation.

Yet the DWP has ruled out paying compensation to at least 118,000 other people who were affected by the same error, the PHSO said.

The DWP is handing back payments to those affected – but not allowing them to claim compensation on top, the PHSO explained.

Ombudsman Rob Behrens said: "We don't know how many more Ms Us there are out there.

“That is why I urge the DWP to allow people affected to claim for compensation in recognition of its error and the potentially devastating impact it has had on people's lives."

Louise Rubin of disability charity Scope said: “This catastrophic error will have left many disabled people and their families struggling to make ends meet.

“Disabled people shouldn’t have to fight for support. It’s only right that the Government now ensures all those who missed out can claim compensation.”

Shadow DWP Secretary Jon Ashworth said: “It is damning for the government. The DWP’s incompetence and failure to provide compensation has been judged as maladministration.”

The DWP today did not rule out compensation for some of the 118,000 claimants who ask.

The department also said it would carefully consider the recommendation to let everyone affected claim compensation.

But minister David Rutley added: “In these situations we are typically not compelled to come forward with blanket compensation payments.”

He told Parliament: “If people want to contact us at DWP, if they believe they should be available to have further compensation, they can contact through the various helplines that have been set up… and if they prefer, they can go through the complaints process.”

He added: “We all make mistakes – this was clearly a big one.”

Mariam Lolavar, a councillor in Greenwich, south east London, said the process to reinstate Ms U's benefits had been long and put her "through extreme and unnecessary hardship".

She said: "I am delighted that the Ombudsman has ruled that Ms U is entitled to compensation from the DWP.

"We stand in solidarity with the Ombudsman's recommendations to Parliament calling the DWP to award compensation automatically to everyone else who has been affected by its mistake too."

The DWP confirmed it will apologise and pay the extra compensation to Ms U.

But it defended giving only back payments to the other 118,000 claimants, saying they were part of a separate exercise.

Officials said the exercise was completed by June last year, reviewed 600,000 cases and dealt out £613m in back payments.

A spokesperson said: “Our priority is that all people get the financial support to which they are entitled and we have identified those affected by this issue, making 118,000 benefit arrears payments in full.”

Previous : Steel campaigners hit out after US snubs British plea for talks to end tariffs
Next : PM launches Operation Save Big Dog with list of officials to quit to save his job