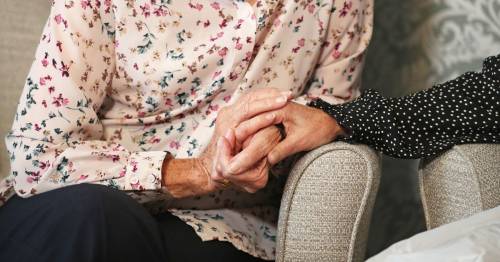 More than 1,200 unpaid carers in Boris Johnson's constituency will be hit by a £170 a year real terms cut to Carers Allowance, research has shown.

That's an increase of just 30p a day.

But inflation is expected to hit 8% this year – leaving carers facing a 4.5% real-terms cut.

Research by the Liberal Democrats found the real-terms cut would hit 1264 carers in The Prime Minister's home seat of Uxbridge and South Ruislip.

And it follows research by Carers UK which found 45% of unpaid carers are unable to afford their monthly expenses.

And 46% say increasing energy bills will negatively affect their health or the health of the person they care for.

Lib Dem Health and Care spokesperson Daisy Cooper called on the Government to boost the vital payments to £89.70 – giving carers an extra £1,040 a year.

“ Boris Johnson has totally failed to get to grips with the cost of living crisis. His inaction means almost a million carers, including over 1250 in his own constituency, are struggling to make ends meet.

“The meagre 30p a day increase to Carers Allowance shows that this out of touch Conservative government just doesn’t get it. Rather than supporting these unsung heroes in the fact of soaring bills, they are instead hitting them with unfair tax rises,

“Tomorrow is your chance to show Boris Johnson that he cannot keep taking people for granted. Every vote for the Liberal Democrats will help elect local champions who listen to their communities and stand up for carers.”

“We recognise the valuable role of unpaid carers and remain committed to helping them financially, along with their health, wellbeing and employment chances. Universal Credit includes a carer’s element worth more than £160 a month and since 2010 we have increased Carer’s Allowance, putting an additional £700 a year in carers’ pockets. Those in receipt of Carer’s Allowance may be entitled to other support, including benefits.

“We also understand the pressures people are facing with the cost of living. These are global challenges, but the Government has taken action to support families worth over £22 billion to help.”

Previous : Sheriff’s official: 4 children die in Wisconsin house fire
Next : How come a dog gets what life is about, but the Tories don’t? – Fleet Street Fox