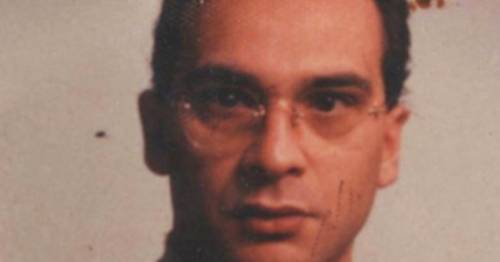 A Brit with a thick Scouse accent was arrested in the Netherlands after being mistaken for a Sicilian mafia boss – one of Europe’s most wanted criminals.

The dad from Liverpool was at a restaurant with his son in the Hague when armed cops swooped and detained him, the Washington Post reports.

Police had been looking for Matteo Messina Denaro, 59, a godfather of the Sicilian Cosa Nostra who has been on the run since 1993.

With a reputation as a playboy, he became famous after being profiled in a 2020 Netflix documentary called the “World’s Most Wanted”.

But instead of collaring a hardened criminal, the authorities had in fact brought in the dad from Liverpool (with his full identity not revealed), said his lawyer Leon van Kleef.

His legal representative also added that his client had a thick Scouse accent while on Europol, Denaro is described as only speaking Italian.

Mr van Kleef said that Mark was “more than surprised, one might say” after being arrested but “it was a matter of time for the situation to be resolved.”

Denaro faces life imprisonment after being convicted of many killings was given another life term in his absence last October for the murder of two anti-mafia prosecutors in 1992.

With the nickname of Diabolik, after a comic book villain, he is known for his love of fast cars and fashion.

In the Netflix documentary his claimed to have said he has killed enough people “to full a small cemetery.”

Denaro’s alleged killings have included bomb attacks in Florence, Rome and Milan, it is reported.

In 1993 he is claimed to have been involved in the kidnapping of 12-year-old Giuseppe Di Matteo, as a threat to stop his father giving evidence against the mafia, with the boy reportedly strangled and his body dissolved in acid.

Italian authorities have computer generated images of what they believe the criminal to look like now and that could be behind the mix-up.

Van Kleef said that his client Mark was taken to a high security prison but then charges were dropped by the prosecution when it was clarified that he was not the man on a European arrest warrant.

Previous : Dad-of-two shares how he got out £100,000 debt after recklessly spending cash for years
Next : Inside small terraced home where man lives with 70 cats with neighbours ‘scared’