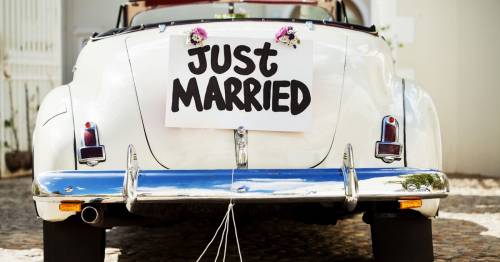 Drivers face £1,000 fine if they forget to update one detail on their licences

Failure to update one small detail on your driving licence could land married motorists with a £1,000 fine.

Recently betrothed drivers who neglect to update their details with the DVLA when they get married could be forced to fork out a large sum.

Licence holders are required to inform the governmental organisation of any changes, such as name, title and address.

This also applies to temporary changes, such as students moving into university accommodation.

The DVLA said in a statement: “Drivers are required by law to let the DVLA know if they change their name or address. The DVLA then issue a new licence for free.

“Keeping DVLA informed ensures that drivers can be notified promptly with important information affecting them such as reminders when their licence is due for renewal.

This woman may need to update her licence details
(

“If a driver fails to notify the DVLA of changes they could face a fine of up to £1000.”

Information can be updated online, with a new licence taking between one and three weeks to arrive.

Motorists are also required to ensure that their photo is kept up to date.

Last year comparethemarket.com suggested that 1.5million drivers in the UK have incorrect address information on their licence, despite it being a legal requirement.

Driving can be a costly business sometimes.

As well as the upfront cost of a car, fuel, insurance and a solid supply of in car sweets, being environmentally unfriendly can hurt the bank balance as well as the planet.

Drivers could face a £20 fine for leaving their car's engine running in the street – and it could double if it isn't paid on time.

Engine idling is illegal under Section 42 of the Road Traffic Act 1988, while The Highway Code says drivers should never leave their engines on for no reason, the Daily Express reported.

Andrew Marshall, marketing and partnerships manager at CarMoney said drivers were likely to idle their cars while defrosting their vehicle and urged road users to “cover” their windscreen overnight.

He added that a “can of de-icer and a manual scraper” is a better option than turning on their engines.

He said: “Now more than ever it is important to be aware of our impact on the environment.