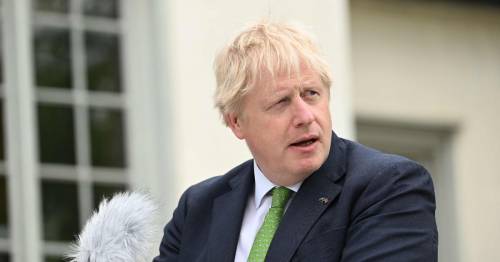 Downing Street is supposed to be the place that makes the nation’s laws.

Under Boris Johnson the address has become the place where the nation’s laws are broken.

The Metropolitan Police has now issued more than 100 fines for the breaching of Covid rules in No10 and Whitehall.

Scores more fines could still be handed out.

While the rest of the country was abiding by coronavirus regulations, often at great personal sacrifice, the PM was the host and occasional compere for a string of parties.

The sheer number of fines undermines Mr Johnson’s repeated claims to MPs that there was no rule breaking in Downing Street.

They reveal the morally bankrupt culture fostered by a PM who had a total disregard for the rules he expected the rest of us to follow.

The staff in No10 acted in this way because they took their lead from their boss.

Mr Johnson has said he takes full ­responsibility for what happened. If this were true he would have resigned by now.

For months Rishi Sunak ruled out using a windfall tax on oil and gas giants to help families with the cost of living.

The Chancellor has now signalled he is prepared to consider such as move.

There is no reason for him to delay taking action.

Households are crying out for help as they struggle with rising food and fuel bills.

The longer Mr Sunak dithers, the more he prolongs the financial pain.

Admittedly, the U-turn would mean accepting that Labour was right to have called for a windfall tax, as has this newspaper.

The Chancellor needs to swallow his pride and do the right thing for breadline Britain.

Heinz is to start using paper instead of glass for its ketchup bottles.

The company is going green but the sauce is staying red.