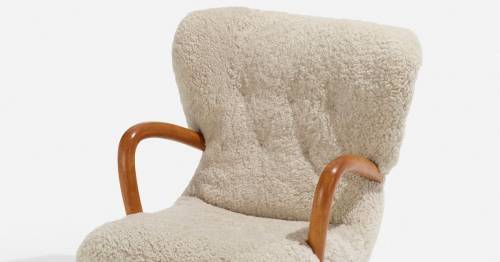 Don’t throw your old Ikea furniture away – it could be worth more than £15,000

Brits are being urged not to throw their old Ikea furniture away – because it could be worth up to £15,000.

Ikea items have a reputation for being functional, stylish but cheap and cheerful – so you could be forgiven for assuming these wouldn't be worth much.

But look beyond the flatpacks and the deceptively tricky instruction manuals and some examples of Ikea furniture have become design classics – with a price tag to match.

The Bengt Ruda Cavelli armchair set the record for the most expensive piece of Ikea furniture ever when it was auctioned off.

The chair is striking, but also rare, with just five ever made.

Pontus Silfverstolpe, antiques expert and founder of Barnebys antiques website, said: "The flat package fortune continues to surprise the auction world, but we have more peaks to look forward to.

"It is especially designer furniture from the 1950s and 1980s from Ikea that costs more and more on the second-hand market."

The furniture that is most attractive to collectors and design enthusiasts is an innovative design for its time, made of good materials and in a limited edition or manufacturing period.

Ironically the most expensive Ikea auction items today are almost always Ikea's flops, which were quickly discontinued due to lack of sales figures or expensive production costs, says Pontus Silfverstolpe.

Among other valuable early designs of the Ikea furniture range sold at auction is the furniture group Åke.

Åke was manufactured in 1952-1956 and included sofas and armchairs.

The quirky Åke armchair is now in high demand
(

In 1956 an Åke armchair cost just £8, but just over fifty years later, its price is significantly higher.

These Monaco chairs have soared in value
(

Teak furniture was very popular in the 1960s, when Ikea brought out its 'Monaco' series of dining chairs.

The lacquered metal armchair was the brainchild of now-famous designer Niels Gammelgaard.

Ikea hiked the price of products in its UK stores in December 2021 – blaming rising supply chain costs for the increases.

The flatpack furniture giant says it has raised prices by 10% on average, which is above the global average of 9%.

Previous : All your questions about £400 energy discount – when it arrives and who loses out
Next : 28st mum who almost capsized holiday boat sheds half her body weight with shopping trick