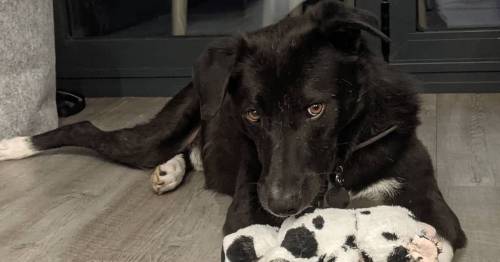 He loves a good "butt scratch" – but hasn't been able to get his fix without an owner to call his own.

Seven-year-old Bobby has been returned to Oakwood Dog Rescue, in Hull, after spending 14 months in a home.

The crossbreed was rescued from a life of cruelty in Romania and brought over to the UK in January last year – and has been learning how to trust humans ever since.

A spokeswoman said: "When he first arrived, he was very scared due to how mistreated he was in Romania.

"It took him a while to begin to trust people again but he managed to find his home in March 2021.

He has been returned to Oakwood Dog Rescue
(

He has been learning how to trust
(


"In the home, he was very loved and over the last 14 months made lots of progress in so many ways,.

"Sadly he has now come back to Oakwood Dog Rescue due to compatibility issues with his family."

Bobby has been described as an "incredibly loyal boy" who loves being brushed and having his "chest and butt scratched".

"In his previous home, he was happy to be left because he is a lazy boy who enjoys snoozing in his comfy beds. Don't let that fool you though because he is super clever really," they added.

"He enjoys enrichment and love his snuffle and lick mats. He also really enjoys obedience and trick training and it seems to entertain the humans when he shows off all the cool tricks he knows.

"He is currently doing well with his lead training and will walk on a lead in Oakwood' Dog Rescue's fields for tasty treats. He hasn't ventured on a walk outside the centre yet but hopefully it won't be long."

The loving boy usually forms a strong bond with just one person – and is seeking a home with a single owner who can provide him with all the attention he deserves.

The spokeswoman added: "He is very undersocialised with other dogs and although he hasn't been reactive, he's not always sure how to act around them.

"This is something he is working on while being back at Oakwood Dog Rescue. He cannot live with cats."

if you're interested in rehoming Bobby, or any other dogs at Oakwood Dog Rescue, email their team via adoptions@oakwooddogrescue.co.uk.