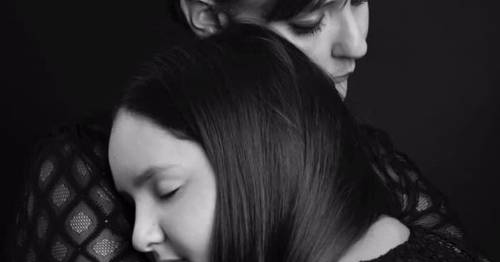 A mum with an incurable disease is fighting for time with her kids as she says she's "not ready to die".

Fiona Taylor, 35, is terminally ill with cancer that has spread to her lungs and heart.

This is the second time the mum has been diagnosed with cancer, but now it is terminal as she told HertfordshireMercury she is not "not ready to die".

The mum-of-two started suffering from pain in her jaw in 2017 and a dentist believed she was clenching through stress.

Months later, Fiona, from London Colney, Herts., was diagnosed with cancer of the jaw.

When chemotherapy failed she had 16-hour surgery to cut the tumour out, which saw Fiona's jaw was replaced with her fibula bone.

Fiona with her five-year-old son Charlie
(

Fiona said: "I went in thinking I was having surgery to remove a tumour and I came out a completely different person.

“It literally ruined me. I had to learn to walk and talk and eat again. I’ve got no facial muscle. It’s given me severe anxiety because of how people now look at me. I didn’t expect this outcome.”

Fiona has been waiting since 2018 to have reconstructive surgery and that she wears scarves in most public places to hide her face.

In July this year, Fiona and her family were given the devastating news that her cancer had come back and it was terminal.

Jasmine and Charlie, aged 11 and five
(

She had noticed trouble breathing at the beginning of the year, but then a pal spotted a lump in her neck.

Fiona said she spoke with the doctors a few times who said she was hyperventilating.

Fiona went back to ask for an X-Ray and, in July, a doctor found that the cancer was back and it was in her lungs.

“And I have begged and begged. From the beginning, in 2017, until now, I just feel unheard."

A spokesperson for University College London Hospitals NHS Foundation Trust said: “We understand that this is a difficult time for Fiona and her family and we would like to do all we can to support them.

“The circumstances surrounding Fiona’s care are complex, and we are talking to her so we can learn more about her experience.”

Fiona is spending as much time as possible with her children Jasmine, 11, and Charlie, five, who she says are her “entire world”.

Fiona’s friends have set up a fundraiser, Fiona’s Bucket List, so that their little family can experience life to the fullest for however long they have left together.

There are theatre trips and holidays planned, and the fundraiser has already reached nearly £16,000.

Fiona said: "It’s overwhelming. All the love has just been incredible. I want to say a big thank you to my friends and family, because I couldn't go through this journey without them, and to everyone who’s donated, whatever the amount.”

You can find out more about Fiona's story and donate to the fundraiser to help her make memories with her children here.

Previous : Man dies after medics missed cancer 12 times and dismissed it as anxiety
Next : Sajid Javid slaps down ISIS bride Shamima Begum’s plea to get her citizenship back