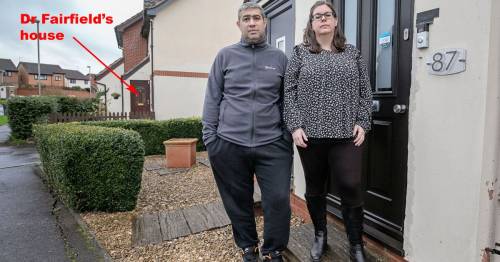 A doctor is set to be awarded up to £100,000 after a judge ruled her neighbour's smart doorbell camera breaches her privacy.

Jon Woodard's use of Amazon Ring doorbell cameras have been found to breach the privacy of Doctor Mary Fairhurst's in a landmark legal case.

Dr Fairhurst claims Mr Woodard's camera use amounted to harassment and says it forced her to move out of her home in Thame, Oxfordshire.

She says the internet-connected gadgets – sold by Amazon – were "intrusive" and a judge agreed.

The doorbell connects to the Wifi and tells the homeowner when they're out via smartphone when a visitor turns up on the doorstep.

Using an app, the owner can watch visitors through the camera and talk to them via the doorbell's microphone.

Mr Woodard – who works as an audio-visual technician – says he fitted four cameras around his property, MailOnline reports.

Two of the devices were dummies and he used them to deter car thieves after an attempted theft in 2019, he said.

Dr Fairhurst – who is the director of a holistic healthcare company – told Oxford County Court she considered the devices "continuous visual surveillance".

More than 100,000 people in the UK own a Ring doorbell, meaning the ruling yesterday could pave the way for similar cases across the country.

The judge drew specific attention to one of the camera's attached to Mr Woodard's shed, which she said collected Dr Fairhurst's personal data beyond the boundaries of his property
(

The Amazon Ring device is owned by hundreds of thousands of Brits, which means Dr Fairhurst's case could spur similar lawsuits across the country
(

The neighbours were peaceful until recently when the doctor claims Mr Woodard became "aggressive" when she told him she was unhappy about the doorbell, Oxford County Court heard.

The ruling now entitles Dr Fairhurst to compensation and Mr Woodard is banned from recording her with his surveillance cameras.

Any images or audio files of Dr Fairhurst stored on the devices are now considered her personal data.

The judge also found that Mr Woodard – considered a "data controller" by the Information Commissioner – failed to store Dr Fairhurst's data in a "fair or transparent way".

He had also "sought to actively mislead" Dr Fairhurst about the way the cameras worked and what data they captured.

Judge Clarke said Mr Woodard had collected the doctor's personal data by recording her beyond the boundaries of his property.

Mr Woodard is expected to have to pay Dr Fairhurst £100,000 – but the final amount will be decided during a November court hearing
(

Another camera was installed in Mr Woodard's driveway – which he claimed was a dummy.

The judge disagreed and said this camera captured images and audio on Dr Fairhurst's property including her gate, garden and car parking spaces.

She also said crime prevention was achievable with "something less" than the Ring device.

Mr Woodard told the Mail after the remote hearing he was "extremely disappointed and shocked" by the ruling.

He told the Mail: "I purchased a ring doorbell and ring motion activated camera in 2019, in good faith to protect my property and vehicles.

"To now be told these are harassment devices feels like a joke and I myself feel like I am being harassed. Many of my neighbours have cameras and smart doorbells."

Forces up and down the country are known to appeal for the public to hand over smart doorbell, CCTV and dashcam footage to help bolster evidence to assist arrests for thieves, dangerous drivers, and violent criminals.

Mr Woodard also said he worries that "tens of thousands of homeowners" with similar devices may now be "targeted" in the same way.

Amazon-owned Ring has now asked its customers to make visitors aware they are being recorded in response to the landmark ruling.

A spokesperson for the California-based company told The Mail: "We strongly encourage our customers to respect their neighbours' privacy and comply with any applicable laws when using their Ring device.

"We've put features in place across all our devices to ensure privacy, security, and user control remain front and centre – including customisable Privacy Zones to block out 'off-limit' areas, Motion Zones to control the areas customers want their Ring device to detect motion and Audio Toggle to turn audio on and off."

Damages payable to Dr Fairhurt are expected to be revealed during a November court date, but she could be awarded £100,000.

The ruling means that anyone with the same Ring doorbell who is accused of filming people outside their property could be subject of a similar lawsuit over breaching the privacy of their neighbours.