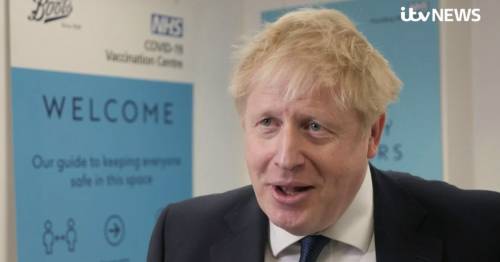 Do you trust Boris Johnson after his latest party scandal? Have your say

Boris Johnson is in hot water once again as it's alleged the PM took part in an outdoor party at No 10 during the height of the first Covid lockdown – while Brits were only permitted to meet one other person outdoors.

According to the Sunday Times, the PM's principal private secretary, Martin Reynolds, invited more than 100 Party officials to the gathering on May 20 2020, urging them to "BYOB" (bring your own booze) and 'make the most of the lovely weather '.

A witness said: “There were 40 people in the garden, including Boris and Carrie. There were long tables laden with drink, crisps, sausage rolls and other picnic food. It was a proper booze-up.”

Boris has failed to deny attending the party, at which witnesses say he was present with wife Carrie, making four unofficial gatherings now under investigation that the Prime Minister is said to have attended.

Has the Prime Minister lost the nation's trust following this latest scandal? Have your say in our poll and in the comments below.

Since the revelation, livid Brits have taken to social media to share what they were doing at the time of the party, with many of sharing memories of painful separation from family members and loved ones.

One tweeted: "[On May 20 I was] singing happy birthday to my 90-year-old Grandma through the window of her retirement flat whilst she cut her own cake and spent the day alone."

Another said: "[I was] working from home; hadn't seen my girlfriend in 2 months as we live 30 miles apart."

"Top civil servant in PM's private office: Let's 'make the most of this lovely weather', come for drinks.

"Met police: Only enjoy hot weather if you're alone, with people you live with or with one other person."

Previous : Moment Tories ordered Brits not to meet – 55 minutes before PM ‘attended’ No10 party
Next : New York Mets to retire No. 17 jersey of Keith Hernandez on July 9