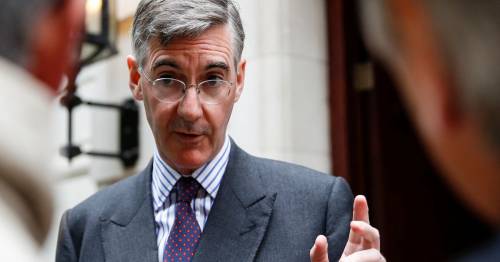 DIVA Jacob Rees-Mogg has been slapped down and accused of making Parliament workers’ jobs harder by failing to show his pass at security checkpoints.

The Tory Brexit Opportunities minister was urged to stop “playing silly games for his own gratification” – and setting a bad example for other MPs.

The Palace of Westminster is one of the most heavily guarded buildings in the country, requiring photo ID swipe cards to access most parts of the estate.

Trying to get into the building without a pass would require security staff to recognise each of the 650 MPs sitting in the Commons.

But the Tory Brexit Opportunities minister this week insisted pass-wearing was “voluntary” for MPs, because they had an “absolute and ancient” right to access the building.

But Parliamentary authorities confirmed it is the strict policy of both Houses of Parliament that all members and staff display their passes at all times in order to keep the estate safe.

And the Members’ Handbook for MPs clearly states everyone on the Parliamentary Estate is required to wear a photo ID pass.

Mr Rees-Mogg boasted on Tuesday he had left his ID at his constituency home in Somerset – meaning he’d be asking security guards to bend the rules for him all week.

It comes after Mr Rees-Mogg, who is also in charge of Government Efficiency, faced ridicule for leaving “passive-aggressive” notes for Civil Servants who were away from their desks.

“Perhaps Jacob Rees-Mogg could pop a Post-It note on his desk at home, reminding himself not to forget to pack his Parliamentary pass,” a spokesperson for the PCS union, which represents Parliament’s security staff said.

“Our security guard members’ jobs are hard enough without Jacob Rees-Mogg playing silly games for his own gratification, and setting a bad example to other MPs by encouraging them to swan in and out of Parliament without their passes."

Mr Rees-Mogg’s outburst came after a Freedom of Information request revealed the number of days he attended the Commons last year – which amounted to 159 days – five days more than the house was sitting.

Branding it a “lefty” request, he added: “This may understate my attendance rate as it is based on pass use which is voluntary for MPs who have an absolute and ancient right of access on behalf of their constituents.

“For example this week my pass is in Somerset so I am attending without it.”

A Commons spokesperson said: “We have today released a response to an FOI request relating to information about how often a specific Member used their parliamentary pass to access the Estate.

“However, the Speaker has asked the Clerk of the House, as data controller, to review the length of time this data is held in respect of Members to see if it remains appropriate.”