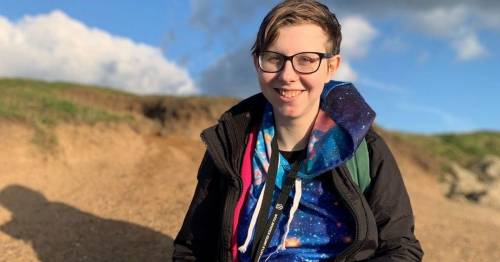 A customer with an assistance dog said she left "humiliated" after being turned away from a city centre Wetherspoons.

River Cartledge, 19, was barred from entering the Five Swans Wetherspoons in Newcastle upon Tyne on Friday night because their assistance dog was said to be "against the policy".

The pub chain has since apologised and said the incident was a "genuine error".

River has a number of physical and mental health issues including PTSD, arthritis, and fibromyalgia, and relies on seven-year-old shih tzu Chico for assistance, Chronicle Live reports.

The specially trained dog can help prevent River's "medical episodes," by raising the alarm when their heart rate is too high.

The dog can also carry out tasks like retrieving medication.

However, when River and partner Sean Wilson tried to enter the pub with friends at around 10pm they were told by the manager that only guide dogs were allowed inside.

Despite challenging the manager and bouncers over their decision by explaining the Equality Act 2010, River still refused entry and had to return home.

But before leaving the scene, River said they suffered a "medical episode" as a result of the stress of the interaction.

River Cartledge, 19, from Newcastle, was barred from entering the Five Swans Wetherspoon
(

"The manager came out because the bouncer had radioed for them. It caused me to have a medical episode for 20 minutes afterwards."

River, who says they have actually been into Five Swans before with Chico, shared a video of the shocking incident on TikTok and Instagram, which has gathered thousands of likes by those showing their support for the pair.

In the video, the manager can be heard saying: "I'm not discriminating against you I'm telling you what our company's policy is."

The dog can carry out tasks like retrieving medication
(

River described their "medical episodes" as "meltdowns" which can happen frequently and can result in their heart rate becoming "too high" and lead them to "passing out."

"Chico will do things like retrieving medication, alert me to oncoming medical episodes so I am able to get to a safe location to prevent an episode from happening," River said.

"He also picks up dropped items and can do crowd control where he circles around me to create space."

Chico also wears a hi-viz vest saying he is an assistance dog so people are aware of his purpose.

However, this isn't the first time that the pair have faced problems when going out in public places like shopping centres.

River hopes their story will raise awareness of the accessibility issues many people with disabilities face.

"It's an issue that no one talks about enough," they said.

"I feel pretty awful [about what's happened but thankfully nowhere near as awful as I felt on the night. It was embarrassing, it was humiliating, it was horrible.

"All the time these situations are awful because people are staring at you when you are just trying to access the same things, as a disabled person, that other people can access.

"It's basic accessibility and taking that away from people isn't fair."

River is now filling a complaint about the incident with Weatherspoon and is calling for the chain to educate its staff to prevent incidents like this from happening again.

"Wetherspoons need to sort themselves out and educate themselves," they said.

Meanwhile, "hundreds" of people have left negative Google Reviews for the Five Swans branch slamming them for their handling of the incident.

One reviewer said: "If I could give it zero stars I would, after seeing the video of the customer who got refused entry because they had an assistance dog. Well, what a shameful place. Disability discrimination plastered all over this place."

Wetherspoon have apologised to River for the incident and said it was a "genuine error" as they clarified that assistance dogs are allowed into Wetherspoon pubs.

Wetherspoon spokesman Eddie Gershon said: “It was an error not to let the customer in with her assistance dog. It was a genuine error and we apologise wholeheartedly.

“We can understand the fact the customer would have been upset and frustrated by the situation. Assistance dogs are allowed into Wetherspoon pubs and we will reiterate this to staff at the pub and the company’s pubs in general.

“The customer is more than welcome to visit the pub with her dog.”