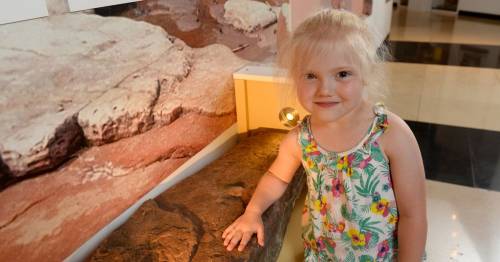 A little girl who found a perfect dinosaur footprint on a beach will share it with thousands – after a major museum put her discovery on show for all.

Lily Wilder, four, spotted the 220million-year-old print fossilised in a rock while taking a seaside stroll with her family in January this year.

Little Lily was looking for shells with dad Richard, 47, when she shouted: “Daddy, look at this.”

Archaeologists hailed the find as the “best ever specimen” of dinosaur footprint and sought permission to extract it from the beach at Bendricks Bay near Barry on the Welsh coast.

Experts are puzzled at what species made the 10cm print known as an Evazoum but say it was from a “currently unknown herbivorous dinosaur” that stood about 75cm tall and 2.5m long. 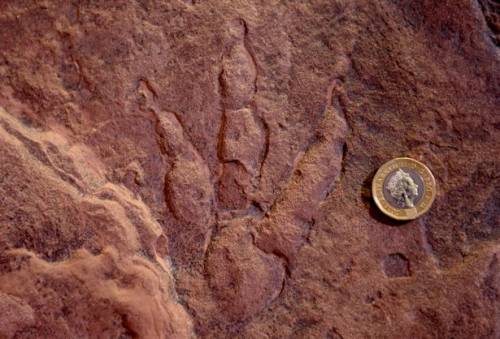 Lily’s discovery on Wednesday went on display at National Museum Cardiff – in an exhibition called “Lily’s Fossil Footprint” – with Lily and her family invited to the opening as guests of honour.

Lily’s mum Sally, 38, of nearby Llandough, said: “We were thrilled to find out it really was a dinosaur footprint, and I am happy that it will be taken to the National Museum where it can be enjoyed and studied for generations.” 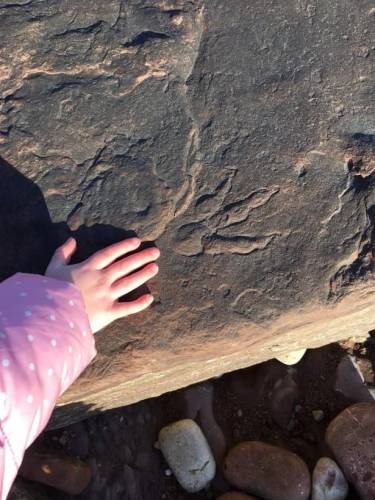 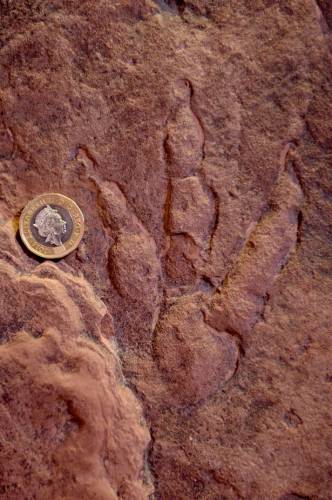 With a pound coin for scale
(Image: WALES NEWS SERVICE)

Cindy Howells, the museum’s Palaeontology Curator, said: “This fossilised dinosaur footprint from 220 million years ago is one of the best-preserved examples of its type from anywhere in the UK and will really aid palaeontologists to get a better idea about these early dinosaurs and how they walked.”

After making the discovery Lily’s family sent pictures of the print to archaeologists who inspected the find and ruled it was genuine. 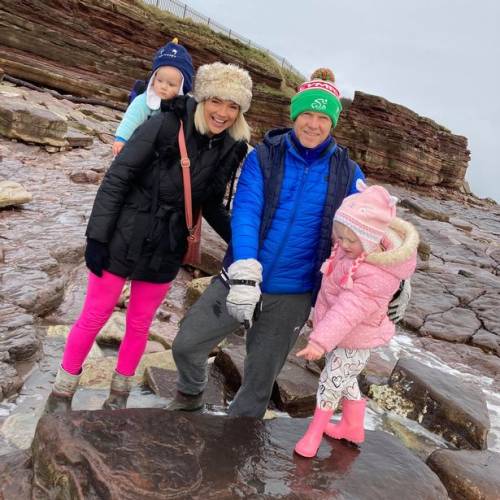 The Wilder family during their trek
(Image: WALES NEWS SERVICE)

Karl-James Langford from Archaeology Cymru said: “As only the fifth person to see it live, I identified the dinosaur footprint, as of international importance, and the best to be discovered in the United Kingdom for 20 years or more.

“This was very real. It was a much finer print than any I had ever seen, in all my years looking at the rocks on the beach with school parties and adults.” 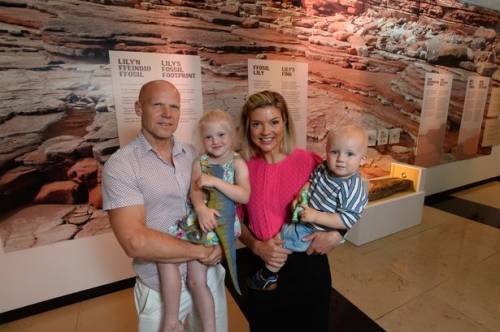 Permission to extract the rock had to be gained as Bendrick’s Bay is privately owned and a Site of Special Scientific Interest.

Experts from the museum, the British Institute for Geological Conservation and Natural Resources Wales teamed up to oversee the removal.

Dr Kath Davies, the museum’s Director of Collections and Research, said: “The display of this special footprint is the result of us working in partnership with the British Institute for Geological Conservation, Archaeology Cymru and Natural Resources Wales to safely remove the fossil from Bendricks Bay to National Museum Cardiff. 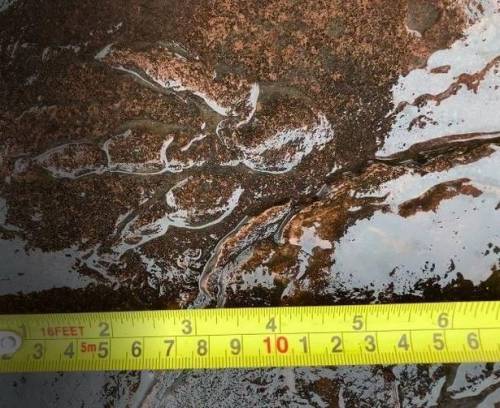 “We look forward to seeing visitors of all ages enjoy this exciting discovery and be inspired by Lily’s story.

“Our dinosaur fossils and the dinosaurs in the Evolution of Wales gallery always prove popular with visitors and I hope people take this opportunity to find out more about dinosaurs and how life evolved in Wales.” 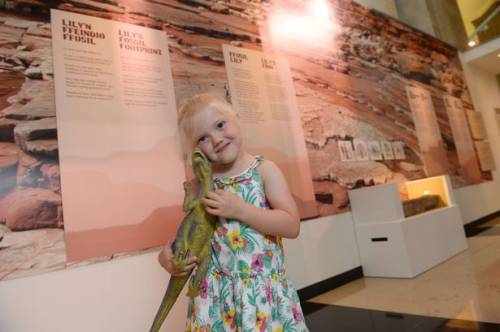 Lily was invited to the museum
(Image: WALES NEWS SERVICE) 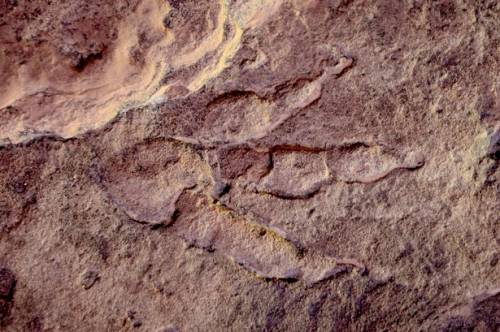 You can go and see the print in the museum
(Image: WALES NEWS SERVICE)

Amgueddfa Cymru – National Museum Wales is a family of seven museums and a collections centre, which are all free to enter thanks to the support of the Welsh Government. Together, it is home to the nation’s art, history,

heritage and science collections, which will continue to grow so that they can be used and enjoyed by both present and future generations.”

Previous : Beginner’s Guide to Jumps racing in Great Britain
Next : Man ‘sexually assaults’ schoolboy in uniform on top deck of bus ‘for 20 minutes’