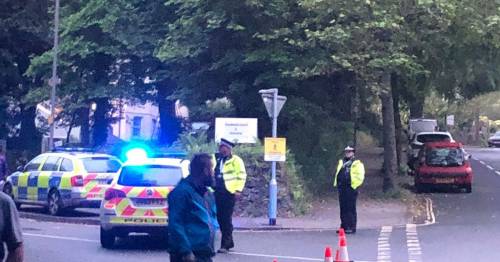 Guests and hotel staff have been evacuated from a G7 hotel on the day before the summit due to a reported bomb scare.

Residents at the Falmouth Hotel were woken by police and staff at 4.55am as officers banged on doors.

They were told to immediately leave the building and ordered to a car park in the grounds of the Victorian hotel overlooking Falmouth Bay.

Police swooped on the hotel as dawn broke and officers wearing head torches were seen scouring bushes and flowerbeds looking for anything suspicious.

About 100 guests mustered in the car park before a sergeant arrived and ordered them to another car park about 200 yards away of the "perceived threat" and "for your safety".

A member of hotel staff told the Mirror "it was a bomb scare". 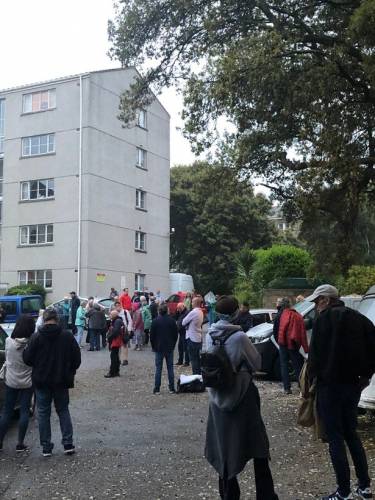 Some of the guests wore dressing gowns outside while others had thrown on clothes or pyjamas for the emergency evacuation.

Devon and Cornwall Police told the Mirror that officers rushed to the hotel at about 3.15am to reports of a 'suspicious package' found on the grounds outside the building.

The force said in a statement: "In order to maintain public safety, the area is currently being safely evacuated as a precautionary measure.

"This will impact on those staying within the Falmouth Hotel, Madeira Hotel and campervans in the area, as well as neighbouring properties.

"A 100 meter cordon will be put in place and Royal Navy Explosive Ordnance Disposal [EOD] are en route to the scene.

"Police remain at the scene and the incident is ongoing." 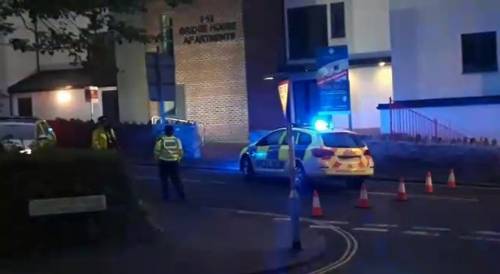 A cordon has been put in place 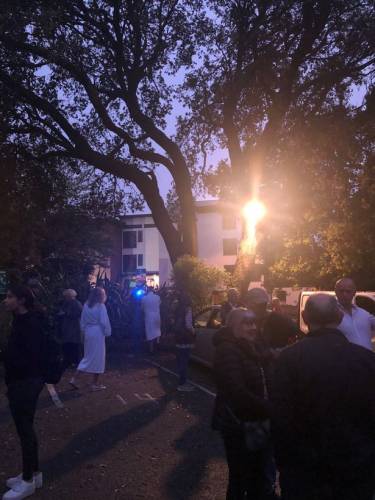 Explosive experts have arrived at the hotel
(Image: @sarahcartlidge /Twitter)

EOD officers were later spotted arriving shortly before 5.30am, eye-witnesses at the scene said.

As drizzle descended, a local business opened its doors to offer refuge to guests.

An officer said: "This could all be over in five minutes but equally it could be a lot longer than that."

The town is 30 minutes away from Carbis Bay were the leaders meet tomorrow but the international media centre is due to open this morning. 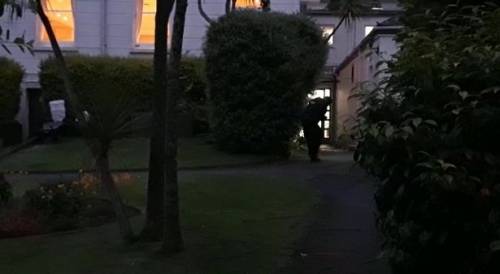 Investigators are scouring the scene

Earlier Joe Biden arrived in the UK ahead of the weekend G7 summit, in which he brought a warning for the UK not to "imperil" peace in Northern Ireland.

The US President touched down at RAF Mildenhall in Suffolk to visit US troops stationed there, before heading to Newquay ahead of the summit. 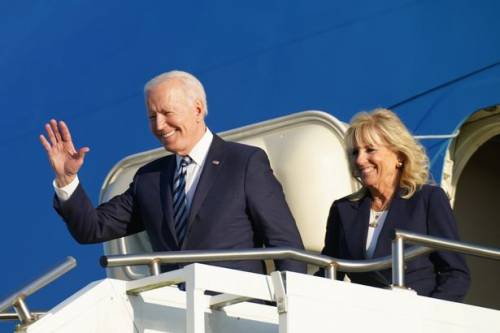 Previous : Peter Andre shares rare pic with wife Emily as they make the most of heatwave
Next : UK Weather: Hot and humid day with ‘uncomfortable’ highs of 27C in towns and cities