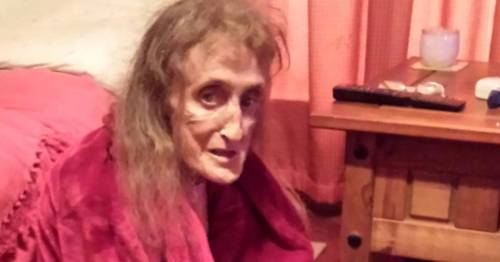 A woman whose mum died of cancer weighing less than five stone has blasted delays to benefit reforms for the terminally ill.

Michelle McCluskey’s mum Christine waited a month for a reply after applying for fast-track welfare payments for the dying.

The DWP’s response – which arrived on the day she died aged 61 in September 2018 – still did not approve her application.

Michelle, 43, blasted the government for taking almost two years to reform the Special Rules for Terminal Illness – which spell out how benefits are awarded to those close to death.

But changes, including the vow to scrap a rule that makes applicants’ GPs predict they have six months to live, have still not been announced. It is thought they may be awaiting final approval from the Treasury.

“My life has been hell because I’ve never grieved for my mum,” Michelle, whose mother lived in Dundee, told the Mirror.

“They need to finish this review. How many more people need to due before they actually make this decision?”

Michelle has previously issued heartbreaking photos of her mum emaciated before her death to highlight her ordeal.

She said: “Never in years did I want to see horrible images of my mum put out.

“But I did it because people need to see what’s going on – otherwise change is not going to happen.” 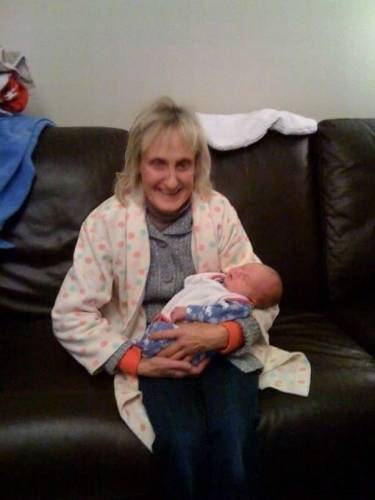 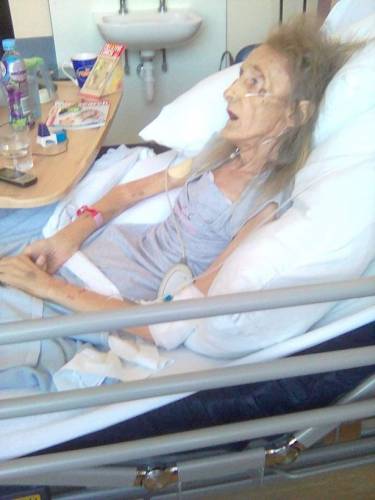 Michelle has previously issued heartbreaking photos of her mum emaciated before her death
(Image: Michelle McCluskey)

Charity Marie Curie today accuses the DWP of “withholding” the findings of the review and says 100 people a month are dying within six months of being rejected for benefit support.

The DWP points out that not all those who die after being rejected for benefits were terminally ill.

But Marie Curie spokesman Mark Jackson said: "The current law plunges dying people into uncertainty – they know they are dying but because they do not know how long they have left they can’t access financial support quickly.

“It is vital that we treat dying people with dignity and don’t put barriers up in front of them based on outdated arbitrary rules that, for many, are impossible to satisfy."

Scotland has since used its devolved powers to change some definitions around terminal illness but campaigners say the government must make changes Britain-wide. 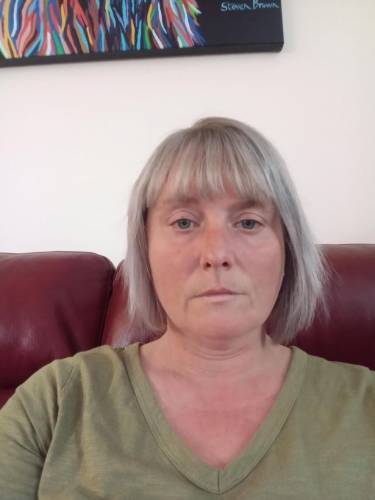 She was hooked to a feeding tube 16 hours a day and struggled to keep on weight, according to Marie Curie, who released details of the case.

Michelle said her mother remained a "fighter" but she was diagnosed with double lung cancer on 31 July 2018, sending her condition spiralling.

Grandmother-of-one Christine's GP managed to send off a DS1500 form – used to fast-track benefits for the terminally ill – on August 13 that year.

But Michelle claimed it had to be sent twice as the first was not received by the DWP.

And a day after the DS1500 form was sent, she said she received a letter from the DWP clawing back overpayment of £321.50 – adding on a £50 civil penalty notice.

When the department replied to the DS1500 form on September 13, there was no immediate reprieve.

Instead the DWP told Michelle in a letter seen by the Mirror: "We’ve recently received form DS1500 for you. Thank you for asking your GP to fill it in. However, this information requires you to make a new claim [for Personal Independence Payment]."

Michelle said her mother's weight fell from five and a half stone in April 2018 to five stone in July, while she tried to get her more help.

While she does not know Christine's exact weight when she died, she estimated it was about three and a half stone.

DWP minister Justin Tomlinson promised last month to ensure “awareness and consistency” and scrap the six-month rule as part of reforms to the system.

He told MPs: “The SRTI evaluation has been completed.”

He added a separate Green Paper will go further, and look at removing “unnecessary assessments and reviews.”

But slamming the delay, Michelle claimed: "It's wrong, it's so wrong and it affects many lives. Justin Tomlinson has done absolutely nothing. It really aggravates me."

The DWP said its condolences were with Christine's family, and PIP claims under the special rules are currently being dealt with in four working days.

A government spokesperson added: “Terminal illness is devastating, and our priority is dealing with people’s claims quickly and compassionately which we’ve continued to do throughout the pandemic.

“We are grateful to charities and stakeholders who have worked with us, including Marie Curie, for their invaluable insight and are working across Government on proposals including changing the six-month rule and raising awareness of the support available.”