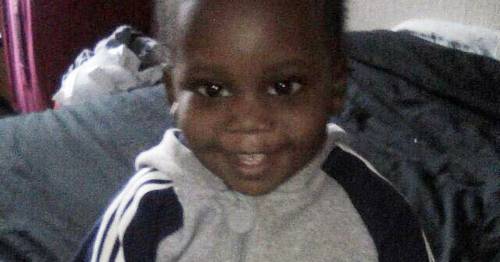 A father warned his ex-partner about her lover before their toddler was allegedly beaten to death, a court was told.

Darren Darby said he was concerned about son Kemarni Watson Darby’s wellbeing and asked his ex Alicia Watson to be cautious with her then boyfriend Nathanial Pope.

Watson, 30, of Handsworth , and Pope, 31, of Wolverhampton, both deny murder and multiple child cruelty charges.

When prosecutor Tony Badenoch asked what he was warned about, Mr Darby said: “Just him and the kid. So, the wellbeing of the kid, [was what] I was worried about."

When asked when he had issued the warnings, he replied: “Lots of times.”

He had been staying at her Black Country flat when he allegedly saw the mother subjecting her young son to 'very regular' beatings.

The father said he was aware Kemarni was being slapped, punched and kicked by his 'strict' mother, who would beat her son 'when she lost her temper'.

Kemarni had a number of severe injuries, including multiple fractures to his rib cage and wounds to his liver and colon
(

Prosecutors say three-year-old Kemarni suffered a 'vicious forceful assault' at the family’s West Bromwich home, splitting his abdomen and causing a 'massive' internal bleed which killed him on June 5, 2018.

Kemarni was left with a 'plethora' of severe injuries including multiple fractures to his rib cage, as well as wounds to his liver and colon.

The ongoing trial is being heard at Birmingham Crown Court
(

Bruising was uncovered on his lungs, head, mouth, neck, arms, chest, abdomen, back and legs, prosecutors said, after his death in 2018.

In a previous hearing in December, Watson had to be escorted from the dock when she sobbed uncontrollably as the court heard about the number of injuries inflicted on the tot.

Previous : Son ‘sick to the stomach’ over No10 ‘lockdown party’ day after dad’s funeral
Next : 22 ways to get your finances in check for 2022 – including free £125 from taxman