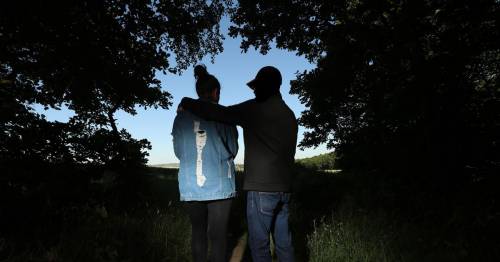 The dad of a Rotherham survivor says it’s “atrocious” that no police have been arrested over the scandal – yet he was held by officers twice.

John, not his real name, told The Mirror how he was ‘arrested’ by police for breaching the peace as he tried to rescue his daughter.

He said he admits ‘kicking off’ more than a decade ago but explains he was outside a flat where his daughter was being abused by a paedophile gang.

John, who has suffered a stroke and a heart attack, was diagnosed with secondary PTSD, which has been blamed on the trauma his family has endured.

To add to the stress they have also received death threats and in one incident a fake gravestone was dumped in front of his bungalow with his name on it.

Reacting to the IOPC report, he agrees with his daughter and said: “These reports are a complete and utter waste of time and money.

“It is the biggest disgrace I’ve ever known. It’s insulting to every single girl and family member.

“They’ve just turned a blind eye like everyone else. I find it very very sickening and absolutely atrocious that we have not seen any justice for this at all.”

His daughter Elizabeth was just 14 when she was first groomed by a woman she’d met at a bus stop.

She was then passed around to men in Rotherham and taken to Bristol to be raped and abused.

Her weight plunged to five stone after she was locked in a flat for ten weeks and controlled with drugs.

Her parents say they spent years begging for help to save their daughter from the grooming gang, to no avail.

Arshid, Bannaras and Basharat Hussain were found guilty of a raft of sex crimes over the Rotherham scandal
(

Her dad, now 59, was a shop worker when his daughter kept going missing from home and recalled making more than 200 phone calls to the authorities pleading for help.

“I was on the phone (to a senior police officer). I was asking why no action had been taken despite our calls,” he said.

“He turned around and said ‘you know why! If it comes out what Pakistanis are doing, there will be riots. I said that makes no difference, these victims are children being attacked by grown men.

“He had a right attitude and said ‘I’m only going to tell you once. It’s been going on for at least 30 years and we know it as ‘p**i shagging’.

“He was talking about children who were being drugged, beaten and raped. I was furious to be honest.”

The dad said he felt deceived by police officers who claimed he was suffering this alone.

“They said it was only happening to us in Rotherham when there were at least 1400 families going through the same.

“Other families said the exact same thing to them. ‘It must be bad parenting’ or ‘that’s what teenagers do!’

“If only the police had listened to us.”

John added: “I blame the police as equally as the perpetrators because they allowed it to happen.

“The families were all sacrificed to keep this secret all those years ago, it still makes me fume now. They could have stopped it then.

“On a number of occasions police officers came to our house calling us bad parents.”

“But we were not bad parents, we were working parents. We both worked long hours in shops. None of us were on benefits or alcoholics. “

His daughter, Elizabeth, who has written a book called ‘Snapped’ all about her ordeal, is now a mum-of-one and said: “My dad had rang the police because he was at his wits end.

“But they’ve absolutely destroyed him by pinning the blame on my parents instead of the perpetrators,” the 34 year old added.

“He blames himself every single day, saying he could not protect me. He’s been through a lot.

“The report is an absolute joke and disrespectful to all survivors and their families.”