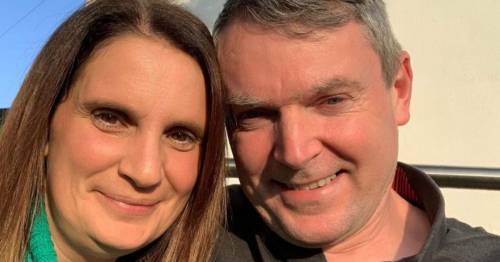 Father of 22 Noel Radford suffered a health scare which left wife Sue terrified as the children begged him not to die.

The couple, who shot to fame as the parents of what became knows as Britain's biggest family, were given the shocking news Noel was a "high risk" for a heart attack or stroke.

Sharing an update on their upcoming Channel 5 show, Noel said he decided to go to the doctor after struggling while running.

He says: "I run a few hundred yards and I’m knackered and out of breath. It just doesn’t seem right.

“I don’t want to keel over and drop down dead on the pavement.”

Noel is then given the news that while his BMI was normal, his blood pressure was high and he was at risk of a stroke or heart attack due to higher cholesterol.

Noel is then given the news that while his BMI was normal, his blood pressure was high and he was at risk of a stroke or heart attack due to higher cholesterol
(

He was told he needed to change his lifestyle and diet habits to healthier options as opposed to takeaways.

Noel says: “It’s not what you want to hear is it, I was surprised that I was on the high risk."

Wife Sue then continues to say Noel is the "main provider of the family" and "works really really hard for us" before their 13-year-old son Max says: “I don’t want his [Noel’s] cholesterol to sky rocket and him have a heart attack, it wouldn’t be too good, because he could die.

“Frankly I don’t want my dad to die, summed up.”

In the opening episode of series two of their Channel 5 show, 22 Kids and Counting, the Radfords debated whether they should have baby number 23 – but decided against it in the end.

Asking all the family to join them in the living room, the kids predicted there was a big announcement ahead.

Noel shared with his huge family: "Right kids, we’ve got you all in here because we’ve heard the rumours going around the house.

"You’re all sort of thinking me and mum are going to have another baby, so we’re going to put the record straight."

He added: "Mum and me have both decided no more. We’re done, there’s no more babies, no more brothers and sisters for you lot, we’re happy with what we’ve got. Little Heidi is the last of the bunch, the last of the Radford clan."

However, their kids were less convinced they would stick to their word.

One of their older sons replied: "You’ve said this multiple times, that this would be your last one. Can we get it in writing?"

Previous : ICU doctor reveals every critically ill Covid patient at his hospital ‘is unvaccinated’
Next : Woman feared she would ‘be killed’ as ex-partner broke her nose in drunken beating