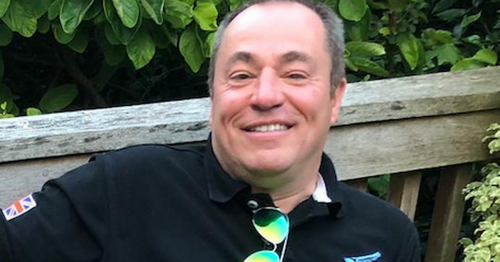 A father-of-three lost £102,000 worth of life savings after he was poorly advised to transfer his pension.

IT manager Paul, 43, from Bournemouth, was convinced into moving his entire retirement pot into an overseas scheme by an independent financial adviser.

Paul had two pension funds with Sunlife of Canada and Siemens worth £102,051.59 in total.

A financial adviser working for Abrams Ashton & Co Financial Services Ltd, which has now dissolved, advised him to transfer these into a QROPS scheme.

These are usually taken out by those living, or planning to live, abroad in their retirement – but they are complicated and often not suitable for most UK savers.

In Paul’s case, transferring his pension pot saw him lose all his money after it was put into a string of high-risk investments, as well as being subjected to annual administration fees.

Paul sought legal advice from High Street Solicitors (HSS) in Liverpool who helped him recover £77,679 of his retirement cash, in a claim against Abrams Ashton & Co Financial Services Ltd.

Have you managed to recover £1,000s in mis-sold pensions? Let us know: mirror.money.saving@mirror.co.uk

Solicitors argued that he was not a sophisticated investor and never should have been advised to transfer out of his two pension schemes.

HSS operates on a no win, no fee basis, which means Paul will have to pay them a portion of the money he got back.

He could have pursued the claim himself through the free Financial Services Compensation Scheme (FSCS) which protects up to £85,000 of your money.

The FSCS did get involved in the case and found that another company, Omega Financial Solutions, also had significant involvement. Omega has also ceased trading.

Paul explained: "I was approached by High Street Solicitors some time back.

"You could argue that I could’ve performed the same claim via FSCS and saved on HSS fees but in reality I have no clue on how to start this process.

"I certainly would not have had the knowledge or funds to risk."

"Losing your entire pension is horrifying and is devastating to not just the person involved, but their family too.

"We’re delighted that we could recover over £77,000 for Paul and his family."

Previous : Young girl, 10, pounced on by wild animal before being dragged off and mauled to death – World News
Next : Revolut customers warned bank cards will stop working – unless they act now