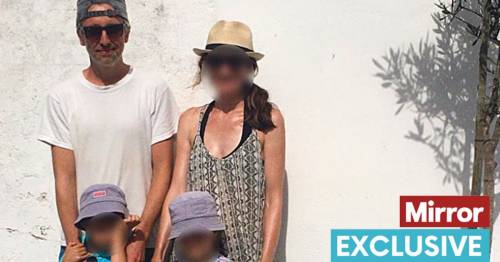 Dad forced to leave twins, 6, at passport gate due to Ryanair Brexit mistake

A dad missed half of his holiday and is more than a thousand pounds out of pocket after Ryanair wrongly interpreted a passport rule which is proving the scourge of British holidays.

Jon Compson is one of an increasing number of people in the UK who have been blocked from going on holiday despite having months left before their passports expire.

Unlike many others who have fallen foul of post-Brexit rules, Jon should have been allowed to fly out to Portugal with his girlfriend and two children on March 31.

Seemingly over-zealous Ryanair staff ruled that his passport barred him from travelling, forcing him to wave goodbye to his family at Stansted airport.

Two days of frantic research later, Jon realised for definite that the budget airline had made a mistake when he was allowed on a different Portugal-bound flight.

Jon was not allowed on the Ryanair flight (stock photo)
(

"The financial expense is bad enough, but because of this error, my family and I spent two days under extreme stress and anxiety," Jon told The Mirror.

"I haven’t yet received a response back from Ryanair, however I am not very hopeful that they will pay out, so will most likely have to continue my claim through the financial ombudsman service.

"It caused all of us a huge amount of stress, my girlfriend had to travel with all of our luggage including two big suitcases and two car seats.

"My twins were very upset and couldn’t understand why I was not with them. It’s the first time we’ve been apart since they were born."

Before he arrived at Stansted Jon was careful to check with the Portuguese consulate and UK Consular Services Department that his passport – which expires in October 2022 – would be okay to fly on.

Despite being assured that it was, staff at the Ryanair check-in desk refused to let him board.

"The manager was very rude and uncooperative, showing me the government policy on his phone," he said.

Since the UK left the EU, a number of European countries in the Schengen Area have required passports to be no more than 10 years old from the point of issue.

However, most countries also require passports to be valid for at least three (sometimes six) months after the dates of travel.

Believing that his travel document was indeed invalid, Jon booked a £177 emergency passport appointment along with a £262 easyJet flight.

Three days before he was due to get the new passport, he rang immigration services and consulate offices only to be told that his passport should in fact be valid.

At this point Jon decided to have another go at getting through Ryanair check-in and so booked himself onto a £282 flight the following day.

He had to leave his family at Stansted
(

He made it onboard with no problems or questions about his passport.

Once all of the last minute bookings, non-refundable appointments and more expensive car hire are taken into account, Jon is more than £1,200 out of pocket.

"I haven’t yet received a response back from Ryanair, however I am not very hopeful that they will pay out," Jon said.

"Most likely I will have to continue my claim through the financial ombudsman service.

"I will definitely not fly with them again unless I have absolutely no choice."

Previous : Fewer women in the northwest are in skilled trades training than in other parts of Ontario. Why?
Next : The Pop Song That’s Uniting India and Pakistan