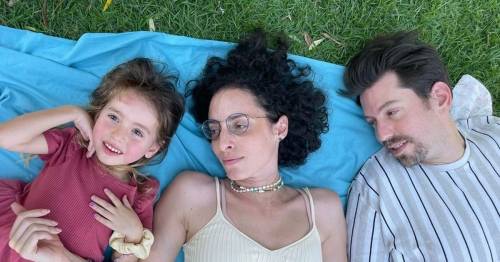 The devastated parents of a one-year-old boy who died in a horror crash are desperate to help their daughter walk again after she was paralysed.

Vincent Clark and his wife Lee were driving a familiar route when their life was "destroyed in seconds" as another car crashed head on into their own at high speed.

Their son, aged just one, died in the collision and their young daughter, four at the time, was left paralysed.

Lee, 38, suffered severe and potentially lifelong injuries but was conscious during the whole devastating incident, "remembering everything".

Vincent, 39, at the time, woke up in intensive care a few days after – with doctors telling his wife he might not make it, MyLondon reports.

Vincent said was still in "disbelief" at what had happened to his family. He said: “We had quite a normal life before. In a few seconds everything was destroyed.

"All three of us were hospitalised for several months.”

Abby was only discharged from hospital last week and spent her fifth birthday there, while her father saw his 40th in the same building.

The family had foreseen a very different and “exciting” future on July 1, the day before the crash, when they bought a new home.

Oliver was just one when he died in the collision
(

The house is no longer suitable for Abby, who now uses a wheelchair.

Vincent said: “As well as losing everything in the few seconds of the accident, our entire house had to be moved into storage.”

The family has now found another home that is more suitable. Vincent said: "In a way we’ve kind of adapted to this new life – what happened, happened.

"Abby’s spinal injury has given us a clear focus in our lives – she survived and our purpose in life is to help her."

Abby has no feeling or movement below her waist. This has led to her not being able to control her bladder, so her parents have to help her catheterise several times a day.

Her dad said: "Imagine not being able to go to the toilet for the rest of your life."

He added: “Abby has achieved everything that she can with rehabilitation – now we are looking for something that focuses on improvement and regeneration.”

Abby's parents are fundraising to support her recovery from the crash
(

Vincent, who is from London originally and met his wife here, lives in Israel with his family for most of the year. There are no further treatment options available in the country.

As a result, the family are desperate to travel to a centre in London, which offers regenerative care for Abby.

Vincent has set up a GoFundMe fundraiser in the hopes of raising the money needed to “help Abigail walk again”.

Vincent said: “Sometimes, of course, she’s upset and cries about things, and then we have this horrible feeling that she’s crying about something she can’t express.

"But, throughout almost the whole time, she’s remained happy, smiling, and full of laughter and fun. She’s super social and happy – everyone really loves her.

“She’s incredibly smart. We play games every night and we don’t even have to let her win because she does actually just win.

“I know I’m biased as I’m her dad, but Abby really is incredible. She is an amazing, special girl.”

Previous : Cheltenham Festival 2022 Champion Chase odds: Shishkin and Energumene set for huge clash
Next : ‘Sewage sea sludge made my son vomit so hard he burst a blood vessel in his eye’