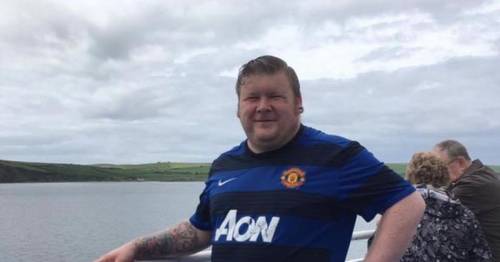 A dad-of-four has been given five months to live after he went to the doctors because he was suffering from heartburn.

Paul Walker, from County Antrim in northern Ireland was given the devastating news that the cancer had been found in his stomach.

Doctors have given him between five months and a year to live, BelfastLive reports.

The 37-year-old said the cancer was discovered after he had gone to an out-of-hours GP complaining of heartburn, with the pain getting worse over the next few days to the point where he had to take an ambulance to hospital fearing he was having a heart attack.

He was then told that he had gall stones and type two diabetes, however a couple of weeks later following a CT Scan, doctors told him that his condition was far worse than they had expected. 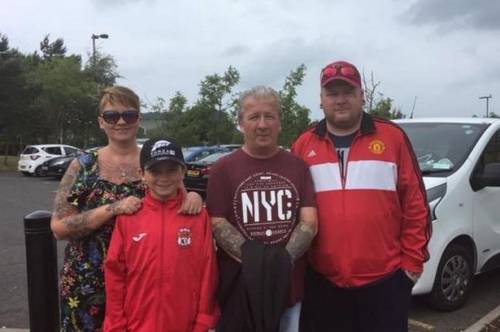 Paul with his wife Laura, son Travis and dad

Paul said: "I just keep asking myself why this has happened. There must be a reason, because I am only 37 and can't understand how this has come all of a sudden.

"A few weeks ago I had gone to the out of hours GP with heartburn and after coming home and taking some Gaviscon, the pain kept getting worse. My wife Laura ended up having to phone me an ambulance because I was sure that I was having a heart attack.

"At hospital I was told that I had gallstones and diabetes and went back a few days later to have bloods done and then a CT scan. After that I asked the consultant to tell me the news straight and that is when he said things were far more dangerous than they thought and I only had five months to a year left.

"I go for a biopsy on Monday, when I will be told what my treatment is going to be, but even then it would only prolong my life as things have progressed too much." 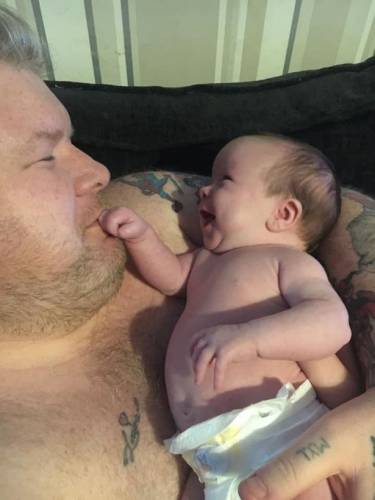 He told how he has been able to explain his condition to his oldest son but worries about how his younger ones will cope.

He said: "It is still difficult to talk to the children about it. I have explained to my oldest that I am sick and the doctors are doing tests, but I haven’t told him the full craic yet.

"My amazing wife has been so supportive throughout this and my goal is to spend as much time as possible enjoying life with my family and friends in the coming months and trying to make the most of things while I can." 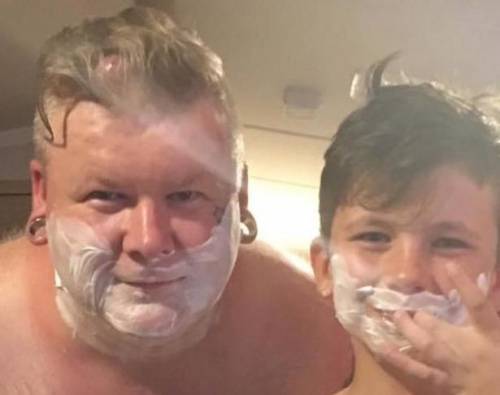 Paul with his son, Travis

In order to help Paul make the most of the time he has left with his family, his friend George Keenan has launched a fundraiser so that they may be able to go on a dream experience together to Old Trafford to see Manchester United play.

George said: "I was talking to Paul about a few things that we could do and he asked about coming over to my house to watch the next United game on the 85-inch television that I have, because it would be the closest he would get to seeing them live one last time.

"While I am very much looking forward to that, I felt that Paul deserved much better being such a big fan of the team and am seeing if we can raise enough money so that he would be able to go on a VIP experience with his son in the new season at Old Trafford. I know that it would mean the world to him.

"Paul has been my best friend since I was 11, and I feel devastated for him and his family and just want to be able to make sure that they are to live life to the full over the next months. I have set a target for £1,000 to make it happen, but if we raise anything more than that it will be set aside for his children to help them over the years."

Since the fundraiser was started on Wednesday, it has already raised over £790.

If you would like to donate to the fundraising appeal please visit this link https://gofund.me/166589f

Previous : Savvy shopper paid off her debts and saved £15,000 with hobby hunting for bargains
Next : Man refused entry in shop for not wearing a face mask despite being exempt