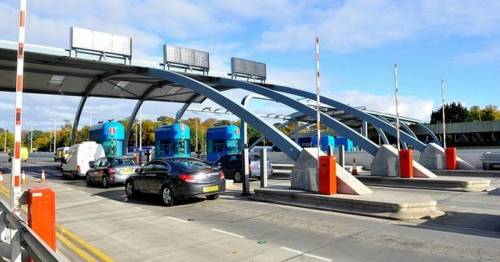 Dad claims he’ll struggle to feed kids if he has to pay £16.50 bridge toll fine

An unemployed dad has said he cannot feed his children if he is forced to pay a £16.50 fine for crossing the Humber Bridge without paying the toll.

"John" told how his priority is to his kids and has contested the fine after not paying the £1.50 toll because he claimed he was unable to do so online.

He crossed the Humber Bridge to get home to Laceby on October 29, at 2.24pm, and said he avoided the toll booths because of backed up traffic following an incident, reported GrimsbyLive.

Instead, he went through the middle lane on the bridge, used by HumberTAG customers – an online method where you pay automatically.

John claims he later checked online on how to pay when not registered with the Tag service and said he could not find his vehicle on the system.

He is angry that he is now being asked to pay for the fine for something that he claims wasn't his fault and said his offer of paying £3 to the Humber Bridge Board has also been rejected.

John, dad of three kids all under 10, is currently unemployed and was crossing the bridge for a job interview in Hull.

"I was heading back home over the Humber Bridge when I saw a lot of traffic at the toll booth," he said.

"It looked like there was an accident going back for miles and I didn't want to wait in it. So I just thought I'd go through the Tag system as I'd never done it before.

"There were no signs or anything about a fine so I just went for it. I checked on the Humber Bridge website and placed my details in there but I could not find a charge for my vehicle."

Then two weeks ago he received the £16.50 fine for not paying the toll charge.

He told Grimsby Live: "I've been unemployed for over a month which hasn't been easy. It's been hard on everyone and money is tight. Every single penny matters.

"I have really bad web connections at home so I couldn't check again whether the charge had eventually gone up.

"When I saw the letter, I got in touch with the Humber Bridge Board and told them I couldn't pay the £16.50 fine because I have to feed my children. I'm on the Dole.

"Instead, I told them I could pay £3 – double the toll charge to pass."

But that offer was rejected by the Humber Bridge Board in an email.

He said: "They could have sent me a polite letter as a reminder to pay the £1.50. Instead, they're just telling me to pay the £16.50 which I can't pay. The process is ridiculous.

"I'd rather feed my kids any day of the week."

The Humber Bridge Board say they have to be fair on all drivers and the fine is standard procedure for those who fail to pay within the set timeframe.

"As a result, he was issued with a standard administration fee of £15 that we charge when recovering a debt.

"Whereas we do have sympathy for his situation, we don’t feel it is fair to the other drivers who have paid the administration fee in the past to make an exception in this case.”