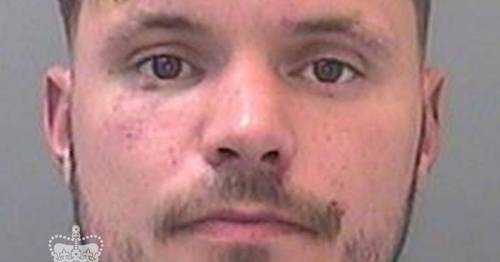 A dad broke a pal's jaw in a alcohol-fuelled "frenzied and violent attack" at a caravan park after he took offence at a comment made about his children's behaviour.

As a result of the sickening attack the victim, Michael Young, also suffered a torn lip and had to take four months off work.

It happened on June 26, 2021, when the pair wrestled and pushed each other.

But the situation calmed down after security staff threatened to have the defendant removed from the site, Wales Online reports.

Having been persuaded to let Warner remain, Mr Young and his attacker returned to their caravan but the defendant became enraged once again and severely beat the victim until he was unconscious.

The vicious attack happened at the Trecco Bay holiday park
(

A sentencing hearing at Cardiff Crown Court on Friday heard Warner took offence at a comment made by Mr Young's partner regarding his children.

Prosecutor Josh Scouller said: "The two men stayed up drinking while the children (and partners) went to bed.

"Mr Warner reignited the argument about the comment made about his children.

"Mr Young asked if they could deal with it in the morning but the defendant punched Mr Young to the face whilst holding an e-cigarette.

"Mr Young fell to the floor and was set upon, punched repeatedly and kicked to the body and stamped on at least twice.

"Mr Young felt his jaw crunch on the second stamp and he lost consciousness.

"The next memory he had was waking up in intensive care at the University Hospital of Wales."

The victim was beaten unconscious and woke up in intensive care
(

As a result of the attack, Mr Young suffered fractures to his jaw, nose and hyoid bone, a cut lip, and various cuts and bruises.

In a victim impact statement, Mr Young said his life had been affected in a negative way having suffered permanent nerve damage which caused him difficulties eating and drinking.

His employment had also been affected having been forced to take four months off his job as a supervisor of railway workers.

The victim added: "My personal life has been affected and I don't go out drinking and socialising. I'm fearful of being assaulted if I go out and I suffer from depression….

"I struggle to sleep and I am a shadow of my former self… I am fearful of Shaun and do not wish to see him again."

The court heard he had previous convictions including affray, common assault and using threatening/abusive/insulting words or behaviour.

In mitigation, Stephen Thomas said his client was remorseful and accepts his behaviour was "wholly unacceptable".

He described the defendant's actions as "an outburst of drunken violence" after losing control.

Sentencing, Judge David Wynn Morgan said: "This was a frenzied and violent attack which resulted in grave injuries."

Warner was sentenced to five-and-a-half years imprisonment, minus 128 days served on tag.

He was also made subject to an indefinite restraining order.

Previous : Vancouver’s plan to build desperately needed high-density housing, and why not everyone is on board
Next : Morrisons shopper’s warning to customers who buy reduced yellow sticker items