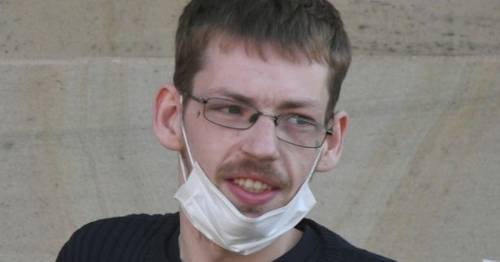 A cruel couple left their dog suffer in immense pain with rotting teeth before it died, a court heard.

David Littlefare eventually contacted an animal charity to ask if West Highland white terrier Pippa could be put down as she was very ill.

When a volunteer arrived from the RSPCA they saw the dog was weak and covered in scabs after arriving at Littlefare's home.

Pippa died on the way to a local branch of the animal charity, but it later emerged the dog had been in such an appalling state for weeks and potentially months.

Littlefare, 25, of Goole, appeared at Hull Magistrates' Court on Friday with his ex-girlfriend Olivia Watson, 22.

Both admitted to causing unnecessary suffering to a protected animal at Hull Magistrates Court, reports HullLive.

Louise Freeman, prosecuting, told the court the RSPCA volunteer believed the animal had been suffering for weeks, if not months, prior to her death.

She said: "The poor condition the dog was in was quite distressing to her, she noticed clotting around the dog's back end, the ears had black substance in and around it, the dog was thin and smelled as though something was off.

"She was visibly underweight, her spine, ribs and hipbone were protruding. Her fur was in extremely poor condition and there was obvious loss of fur on her back end.

"She had numerous sores which had been scabbed over, scabs were black and yellow.

"There was also a substantial amount of compact faeces under her tail.

"She had fleas on her head and body and fleas were seen crawling on the blanket."

The dog's body was taken to the vet, who said there was evidence of dehydration and self-trauma caused by the flea infestation.

Pippa also had severe dental issues which would made it difficult for her to eat with her teeth in such conditions.

The vet said it was difficult to determine her cause of death, but it was likely she was reluctant to eat because of the pain she suffered from all of the ailments.

Ms Freeman added: "A responsible owner should have sought veterinary advice, but not doing so, it contributed to the dog suffering."

During an interview after Pippa's death, Littlefare admitted he could have done more, but due to a low income, this was not easy.

Craig Davy, mitigating for Watson, said the accused owned the dog and brought Pippa along with him when he moved into Watson's home.

Watson had taken Pippa to the vet on a few occasions but believed it should have been Littlefare's responsibility as the pet owner.

The magistrates hearing the case believed a pre-sentence report from the probation service needed to be prepared before a sentence could be given.

They adjourned the case, giving both defendants unconditional bail until they next appear in court.

Littlefare will appear in court again on Tuesday, March 15 and Watson will appear on March 23.

Previous : Turkish finance minister says inflation will come down to single digits by mid-2023
Next : Labour brand Boris Johnson ‘not fit to lick the boots of NHS staff’ in furious clash