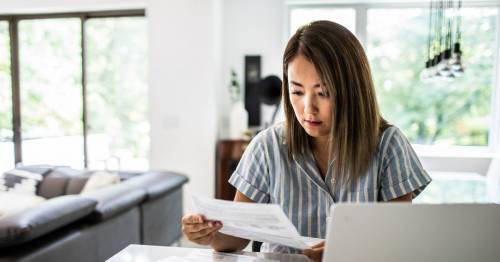 Credit card company Aqua has lost several disputes with customers who say it wrongly lent money and hiked credit limits to people who would struggle to pay it back.

These include people on benefits and problem gamblers, with some in debt so badly they had to take out 13 payday loans.

The Financial Ombudsman Service (FOS) sided with the consumer in nine decisions against New Day, Aqua's parent company, in just the past three months.

The customers are anonymous to protect their identities.

The customer said she used the money for gambling, and got near her credit limit.

Despite this, New Day increased it to £1,200 in September 2019, and Mrs S complained to the FOS that the firm should have prevented this.

New Day told the FOS it had no way of knowing about the gambling problem, but admitted it was wrong to increase the credit limit.

Has this happened to you? Message mirror.money'saving@mirror.co.uk

The FOS said New Day should refund any outstanding interest and charges from the time it increased the credit limit past £450.

Miss R, a benefits claimant, said she couldn’t afford the credit increases and had to enter a debt repayment plan to pay off the interest.

She complained to New Day, and then to the FOS.

The FOS said: "As Miss R had to pay a significant amount of interest and charges as a result of her credit limit unfairly being increased from July 2014 onwards, I think that she lost out because of what New Day did wrong. So New Day should put things right."

The ombudsman recently ordered New Day to strike out any interest charged apart from on the original £250 limit, and to pay £150 in compensation, if Miss R agreed.

It also said the firm should buy the debt back from the debt collection firm it sold it to.

She said the company should not have increased her limits, and that she had to take out 13 payday loans as a result of the debt she got into.

At first, Miss F had no payday loans showing on her file.

But when the credit limit shot up to £4,700, the FOS said her overall debts had risen to more than £13,000 and "there were payday loans in evidence".

The FOS added: "There were 13 payday loans, of which three had been taken out in the last three months. By then, it looked like Miss F was in difficulty and so – at that time, Aqua should’ve asked more questions of Miss F’s circumstances – before offering the increase in limit to £4,700."

The ombudsman has asked Aqua to refund interest and any fees charged from that time to the date of when the account was repaid."

A New Day spokesperson said: “We strive to help customers responsibly manage their credit products. We aim to provide each customer with a credit limit that is based on their individual circumstances, subject to comprehensive affordability, regulatory and credit risk procedures.

"Upon application all customers are asked to select how they want to be contacted for credit limit increase offers in the future. Customers can choose to have them applied automatically, in which case they will be advised of the proposed increase and then have the opportunity to consider and decline the offer within at least 30 days, after which the increase will be applied.

"A customer can change these preferences with New Day at any time once their account is opened and also choose not to be offered credit limit increases at any time. Additionally, we are always happy to reduce limits if the customer wants us to.’’