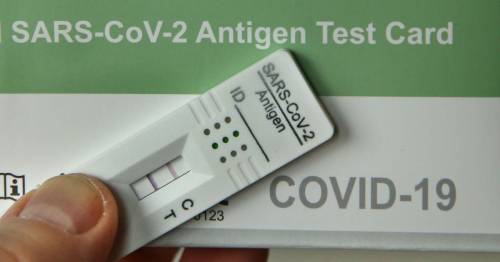 Covid wristbands could track deterioration in health before symptoms develop

Health trackers worn on the wrist might detect Covid before symptoms develop.

A study shows that by monitoring factors such as skin temperature and heart rate, the wristbands could be combined with artificial intelligence to offer a diagnosis. The AVA bracelet, originally designed as a fertility tracker, is already on sale.

The devices were synchronised with a smartphone app for the study.

Of the 127 people who got Covid, the tracker and computer algorithm identified 68% of cases two days before symptoms appeared. Study author Dr Lorenz Risch said the technology could “potentially [reduce] virus transmission”.

The Cardiovascular Research Institute of Basel in Switzerland contributed to the probe, and a bigger study has begun. In England, the number of people in hospital with Covid on June 20 was 5,726, up 24% in a week, official figures show.

Of the 127 people who got Covid, the tracker and computer algorithm identified 68% of cases two days before symptoms appeared
(

In England and Wales, 284 deaths involving Covid were registered in the week to June 10, a rise of 53%.

A caretaker has successfully claimed that long Covid is a disability in what could prove to be a landmark tribunal ruling.

Terence Burke is believed to be the first person in Britain to have the condition recognised as a disability after he was given permission to being a case of disability discrimination against his former employer.

Mr Burke contracted coronavirus in November 2020 and despite experiencing “very mild” and flu-like” symptoms during the isolation period, he soon developed severe headaches and fatigue and did not return to work at Turning Point Scotland until he was sacked nine months later.

Long Covid has been recognised as a disability at a tribunal
(

In its judgement – the first public case of its kind – the panel concluded that coronavirus had rendered him with “substantial and long-term” side effects.

The tribunal heard Mr Burke was signed off sick as he struggled to complete simple household chores and even missed a family funeral because of his extreme tiredness.

He was then sacked after he was left so exhausted he was unable to turn up for work for about nine months, the panel was told.

Following the conclusion of a preliminary case to determine if he was legally disabled, Mr Burke's lawsuit against charity Turning Point Scotland can now proceed to a full hearing.

The tribunal heard he had worked as a caretaker for the charity since April 2001.