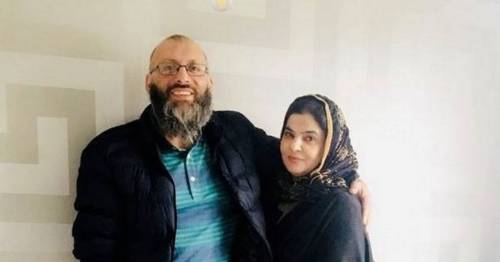 A man who worked on a Covid ward and attacked his former son-in-laws parents with an axe has been cleared of murder and attempted murder by a jury.

The jury at Preston Crown Court heard healthcare worker Malik was ‘seriously provoked’ by Wasim in the days leading up to the attacks in July 2020, reported Lancs Live.

During the trial the court was told Wasim had married Malik's daughter, Fatima, against the wishes of her family and that the marriage turned sour.

Earlier in the day the family had called Lancashire Police as Wasim had allegedly posted ‘sexual material’ online about their daughter, amid other accusations.

Earlier in the terial Peter Storrie QC, prosecuting, said: "It is his explanation he should be excused some of what he did because of Wasim Ahmed.

"He despised Wasim Ahmed and he wanted to avenge the humiliation he had heaped upon him."

Malik left his home at around 10pm, picking up an axe from their garden, and drove to the Ahmeds’ home to confront his former son-in-law.

When Ishrat opened the door he swung the axe, penetrating her skull and killing her, before swinging it at her husband, causing serious brain injuries.

Following the attack, Malik, a healthcare worker, got back into his car and drove home, stopping to ask a pedestrian if they knew where Wasim Ahmed was, Tim Storrie QC told the court. The witness described Malik as covered in blood with the murder weapon in full view in his car.

He was later found at his home in bloodied sandals and admitted attacking them, but denied murder.

The jury found Malik not guilty of murder and attempted murder.

He will be sentenced for manslaughter on Friday, February 11.

Previous : Police detective plotted abuse of girl, 8, via woman he thought was child’s mum
Next : Horrified woman catches husband taking shot of whisky – out of a menstrual cup