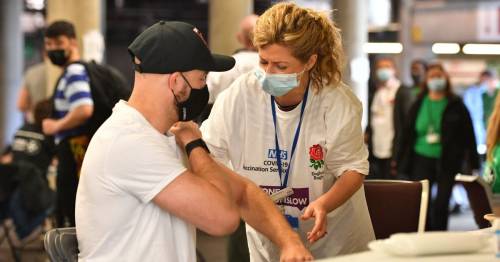 All those aged 25 and over are now eligible to get a Covid jab in England as the vaccine rollout continues.

Health Secretary Matt Hancock announced on Monday that as of today people aged between 25 and 29 will be receiving a text within the next week calling them in for a jab.

As of June 7, there were more than 40.4 million. people with the first dose of the Covid vaccine, while 27.9m have received both doses.

Amid warnings of a third wave of Covid looming ahead, the Health Secretary told the Commons on Monday the vaccine was "breaking" the "rock-solid link" between case rises and rises in hospitalisations and deaths.

So where exactly do you stand in the queue and when should you expect to be called in ?

Below is a calculator that will help you get an estimate on when it's your go.

It comes as the government faces a "critical" week ahead as it has to decide whether or not to further ease restrictions on June 21.

There have been ongoing calls for the government to delay its four and final step to exiting lockdown, with the government's former chief scientific advisor Sir David King warning there are worrying signs of a third wave.

The fourth step to ending roadmap would effectively see all legal restrictions of social distancing being lifted.

According to the Times, cabinet ministers were on Monday told a delay of two weeks to a month could be necessary as the rate of transmission of the Delta variant, as well the effectiveness of jabs, is of concern.

What are your thoughts on the roll out ? Let us know in the comments section below. 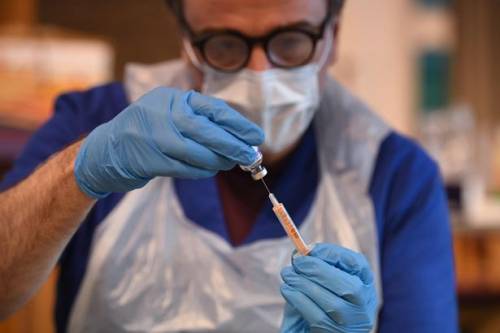 The country looks on track to get all adults a first dose of a vaccine by July 31
(Image: AFP via Getty Images)

According to Mr Hancock, the Delta variant – which was first detected in India – accounts for three quarters of the total number of positive cases in England.

But he said only three of the worst-hit had been double-jabbed.

Of those 126 people, 83 were unvaccinated, 28 had received one dose and just three had received both doses of vaccine.

"We should all be reassured by this because it shows those vaccinated groups who previously made up the vast majority of hospitalisations are now in the minority," Mr Hancock said.

It comes after Wales said it would offer a first dose to all over-18s in the country by this time next Monday. Scotland opened up registration to over-18s on May 24.

All four nations of the UK appear easily on course to hit the target to offer a first dose to all adults by July 31.

Mr Hancock confirmed he has formally asked the Joint Committee on Vaccination and Immunisation (JCVI) to give advice on vaccinating children aged 12 to 17.

The Health Secretary said the advice on vaccinating teenagers "will be available in a matter of weeks", adding: "We will listen to that clinical advice just as we have done throughout the pandemic."

Yet he dodged questions on whether the June 21 lockdown date could still be pushed back – to give more people time to get double-jabbed.

He said it is "too early to say" if step four of the roadmap can go ahead on time, and an announcement will only be made on June 14.