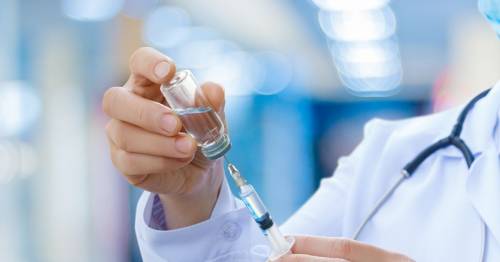 All over-25s in England will be able to book a first dose of the Covid vaccine from tomorrow, the government has announced.

Health Secretary Matt Hancock announced the latest stage of the jab rollout in the House of Commons.

He told MPs: "From tomorrow morning we will open up vaccination to people aged 25 to 29." He added texts will follow through the week.

He said the vaccine was "breaking" the "rock-solid link" between case rises and rises in hospitalisations and deaths.

The Delta ('Indian') variant now makes up the vast majority of all cases in the UK, Mr Hancock warned. But he issued new figures showing just three of those worst-hit by the variant had been double-jabbed. 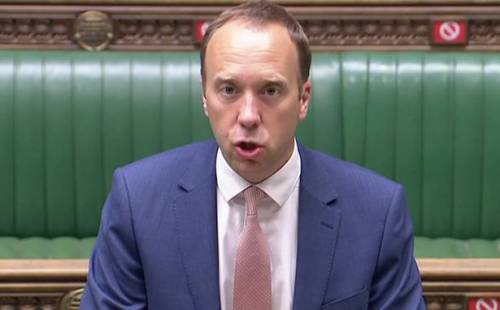 Of those 126 people, 83 were unvaccinated, 28 had received one dose and just three had received both doses of vaccine.

"We should all be reassured by this because it shows those vaccinated groups who previously made up the vast majority of hospitalisations are now in the minority," Mr Hancock said.

It comes after Wales said it would offer a first dose to all over-18s in the country by this time next Monday. Scotland opened up registration to over-18s on May 24.

All four nations of the UK appear easily on course to hit the target to offer a first dose to all adults by July 31.

And Mr Hancock today confirmed he has formally asked the Joint Committee on Vaccination and Immunisation (JCVI) to give advice on vaccinating children aged 12 to 17.

The Health Secretary said the advice on vaccinating teenagers "will be available in a matter of weeks", adding: "We will listen to that clinical advice just as we have done throughout the pandemic."

Mr Hancock dodged questions on whether the June 21 lockdown date could still be pushed back – to give more people time to get double-jabbed.

He said it is "too early to say" if step four of the roadmap can go ahead on time, and an announcement will only be made on June 14.

But he added: “It is reassuring that there is such a clear breakage of the previously inexorable link from cases through to hospitalisations and that is very good news. This is why we have this race to get everybody vaccinated as soon as possible.”

He went on: "I am confident that one day soon, freedom will return."

Mr Hancock's comments come despite Sir David King, who was Chief Scientific Adviser from 2000 to 2007 and who chairs the Independent Sage Group, warning the UK may already be in a third wave.

"We've been discussing whether or not we're going into a serious third wave and I don't think we can possibly wait any longer.

"This is the evidence of another wave appearing," he said.

Advice on face masks, social distancing and working from home could remain after June 21 even if other easings go ahead, it is reported today. Children aged 12 to 17 could get advice on vaccinations within weeks (stock photo)
(Image: PA)

Writing in the Telegraph, he said making the tests part of an “everyday routine” can “underpin the reopening of other things we all love.”

He added: “Fifty million tests have got us here; here's to 50 million more. Let's not lose what's been achieved so far.”

But the number of patients admitted to hospital was 869, down 0.3% on the week before.

Solicitor General Lucy Frazer told LBC: "What we know at the moment is that the infection rate is rising, but that’s not seeping out in hospitalisations at the rate that it did in the other lockdowns.

"So we are seeing a flat lining of hospitalisations and the reason for that is, the reason you were identifying earlier on your programme, that the vaccination programme has been so successful."