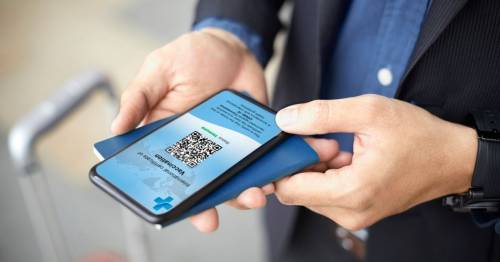 Boris Johnson's Covid vaccine passports look doomed as a group of backbench MPs become the latest to rubbish the plan.

The "Covid safe" certificates, separate to checks for international travel, were touted by ministers to speed up the route out of lockdown for large events like football matches and festivals.

But just days before a Whitehall review concludes, MPs on a powerful Commons committee, have called for the PM to dump the scheme, saying it is "not the answer" to unlocking the economy.

The idea has already been hit with heavy criticism from civil liberties campaigners, businesses and unions, who said it was unworkable and likely to lead to unfair discrimination.

But under-pressure hospitality bosses and major sports bodies such as the Football Association think they would help fill venues after a year of lockdown.

Tory MP William Wragg, who chairs the Public Administration and Constitutional Affairs Committee, poured cold water on the move, however, saying "MPs were "entirely unconvinced by the case" as passports could "cause great damage socially and economically".

With vaccine hesitancy higher among some ethnic groups the checks may "be a discriminator along the lines of race, religion and age", MPs added.

Getting a passport may be "onerous" for less affluent people and leave them excluded from parts of society, he added.

Wragg also said the highly-successful jabs rollout meant the scheme would be a waste of taxpayers' cash.

He said: "It would be established at great cost for rapidly diminishing returns.

"Frankly, the government needs to scrap any idea of introducing Covid passports. They are unnecessary and there is no justification for them in the science and none in logic.”

The government is set to decide next week on passports.

He added it was not the case the government was not going to back passports "come what may, hell or high water", adding: "We've been looking at it pragmatically, to see if it can add value, and if not, then we would not press ahead with it."

Labour and a chunk of Tory backbenchers have also said they would fight the plans in the Commons if the government tried to push them through.