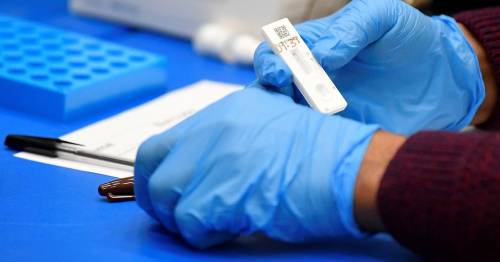 Lateral flow tests (LFTs) are more accurate at detecting Covid than first thought – and positive results should be trusted, a new study has found.

The rapid Covid tests, which give users a response in less than 30 minutes, have previously been criticised in comparison to PCR tests, where results are sent to a lab to be checked.

Government guidance currently suggests that anyone with a positive LFT should follow it up with a PCR test to confirm they have the virus.

But researchers from University College London have now found LFTs are more than 80% effective at detecting any level of Covid infection.

They are also likely more than 90% effective at detecting those who are most infectious, they added.

Lateral flow tests have been criticised in comparison to PCR tests
(

A person might show up as negative on a LFT but positive on a PCR test if they are not a "peak transmissible stage", the scientists said.

They noted that the two testing methods should not be compared, as they work in different ways – with LFTs likely to give a positive result when someone is infectious.

PCR tests instead detect genetic material which can be present in the body weeks after the person is infectious.

Professor Michael Mina, from the Harvard School of Public Health, said LFTs could catch "nearly everyone" with Covid when they are at their most infectious.

He said: "There is a spectrum of infectious amounts of the COVID-19 virus and we show that LFTs are likely to detect cases 90-95% of the time when people are at their most infectious.

"The tests could achieve even 100% sensitivity when viral loads are at their peak and therefore catch nearly everyone who is currently a serious risk to public health.

"It is most likely that if someone's LFT is negative but their PCR is positive then this is because they are not at peak transmissible stage."

The study concluded that LFTs are a reliable tool in preventing the spread of Covid.

Everyone currently has free access to LFTs, with the tests being used widely to allow entry into schools, offices and work places.

Prof Irene Petersen, the lead study author, urged people to "trust them and stay at home" if they get a positive result.

She said: "Previous studies comparing the reliability of lateral flow tests and PCR tests could be potentially misleading because a PCR test is a marker of having been infected at some point within a certain window of time and does not necessarily mean someone is infectious when testing positive."