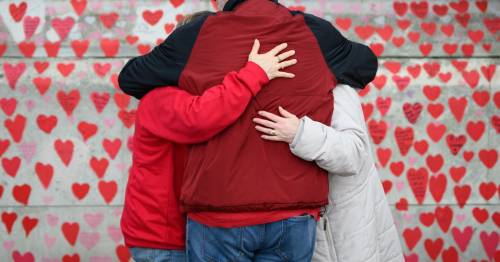 The scope of a public inquiry into the government's handling of the Covid pandemic has been broadened – but still will not include the Partygate saga.

The independent hearing will, however, now examine the impact of the pandemic on mental health, and on children and young people.

It comes after widespread calls for the government and inquiry chair Baroness Heather Hallett to widen the terms of reference for the hearing to include the impact of major events like school closures.

The already-established main topics of the inquiry are to examine the response to the pandemic and its impact in England, Wales, Scotland and Northern Ireland, and produce a factual narrative account of what happened.

It also plans to identify the lessons that can be learned so it can inform the UK’s preparations for future pandemics.

Baroness Hallett also recommended that the terms of reference be reframed “to put inequalities at its forefront so that investigation into the unequal impacts of the pandemic runs through the whole inquiry”.

She said in a written update to Prime Minister Boris Johnson on Thursday: “The unequal impact of the pandemic was a theme that came through strongly in responses to the consultation.

“I am therefore recommending that the terms of reference be reframed to put possible inequalities at its forefront so that investigation into any unequal impacts of the pandemic runs through the whole inquiry.

“This important recommendation will ensure the inquiry is inclusive in its approach.”

It follows a four-week consultation period in which more than 20,000 people responded, while Baroness Hallett and her team also met bereaved families and representatives from interested groups.

A number of petitions have also demanded that the inquiry include a probe into rule-breaking parties at Downing Street.

It now falls to Mr Johnson to agree to the terms of reference, although this is widely anticipated to be effectively just a rubber-stamping exercise.

The inquiry is due to begin with public hearings in 2023.

Jo Goodman, co-founder of the campaign group Covid-19 Bereaved Families for Justice, said: "During the consultation those who lost loved ones plucked up the courage to once again speak about their darkest days.

"We are glad to see some of the areas we raised reflected in the recommended revisions and look forward to discussing the issues in more detail.

"One year on from the inquiry being announced and the Prime Minister has no excuse to delay things any further. He must get on with the job and start the inquiry formally so no more evidence goes missing."

Baroness Hallett said in her letter to Mr Johnson that the consultation revealed areas where the original draft terms of reference could be improved.

She said: “I have listened to compelling arguments to focus on children and young people, the mental health and wellbeing of the UK population and collaboration between regional, devolved and national government, and the voluntary and community sector.

“I am therefore asking you to expand the terms of reference to include these issues.”

The inquiry update comes as the Metropolitan Police confirmed an additional 50 fines have been issued in the latest tranche of penalties handed out as part of Operation Hillman, the investigation into breaches of Covid-19 regulations in Whitehall and Downing Street.

It brings the total number of fines issued for lockdown-breaking parties in Westminster to more than 100, including for the Prime Minister, his wife, Carrie Johnson, and Chancellor Rishi Sunak who were hit with fixed penalty notices in April over a birthday party held for Mr Johnson.