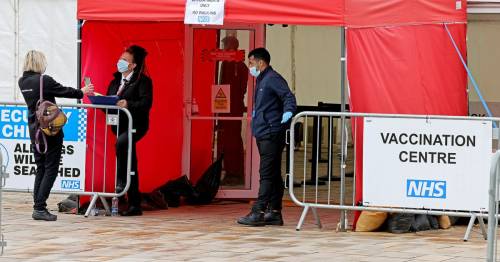 Covid cases in England are at their highest level in two months, statistics show – as fears over Freedom Day on June 21 grow.

Data from the Office of National Statistics (ONS) shows that one in 560 people had the virus in the week up to June 5.

That figure, for private households, is up from one in 640 people in the previous week, and is the highest level since April 10.

Boris Johnson is set to reveal whether the so-called Freedom Day can go ahead in the coming days.

The Prime Minister said previously that he hoped all social limits could be removed by June 21.

But the rise of the Delta variant, first identified in India, has seen a surge in cases and put the brakes on the country's progress.

Cases are rising in the North West, the ONS said
(


Ministers and experts are split over whether all of lockdown should be lifted in 10 days' time, with a 'mix and match' option said to have been suggested.

The ONS also said on Friday that infections have increased in the North West, West Midlands, London and the South East.

But, in the East of England, early signs of a decrease are being seen – while trends in other regions remain unclear.

Sarah Crofts, head of analytical outputs for the Covid-19 Infection Survey, said: "Infections are still low compared to what we saw in January, when they were around 12 times the level we are seeing now.

"However, they have recently increased and are now similar to levels we last saw in April.

"In England it is likely the increase is being driven by the new ‘Delta’ variant, now the most common variant in England, though the trend is less certain in Wales, Northern Ireland and Scotland.

"Today’s data underlines the importance of tracking infection rates as we move into the summer months."

The ONS also said that deaths involving Covid have decreased, but hospital admissions have risen.

And, while the percentage of people testing positive for coronavirus in England has continued to increase, the trend is "uncertain" in the rest of Britain.

Mr Johnson is expected to provide an update on his decision on June 21 next week, on June 14.

The Government said consistently that it will be guided by data, not dates.

Reports say that a four-week delay is being considered to allow more people to receive vaccines, with a mixed method also being looked at.

This would see some restrictions lifted – like the cap on guests at weddings – while others would remain for a longer period.

Previous : ‘Domestic abuse is kept behind closed doors and it thrives in that silence’
Next : ‘Britain’s cheapest bungalow’ brags modern features and is on the market for just £1